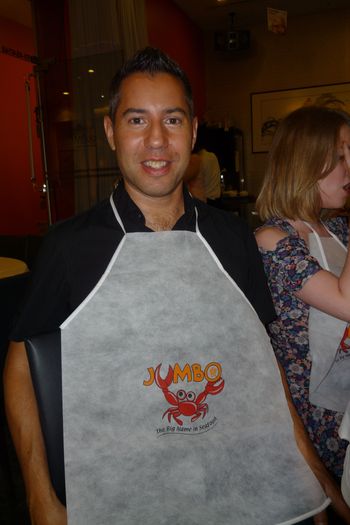 Me in my crab bib at Jumbo Seafood

I’m up early at the Fairmont Hotel due to jet-lag here in squeaky clean and sleek Singapore. I made some new friends during yesterday’s press lunch and last night we went for the must-do seafood dinner at Jumbo Seafood after the Antonio Berardi show. 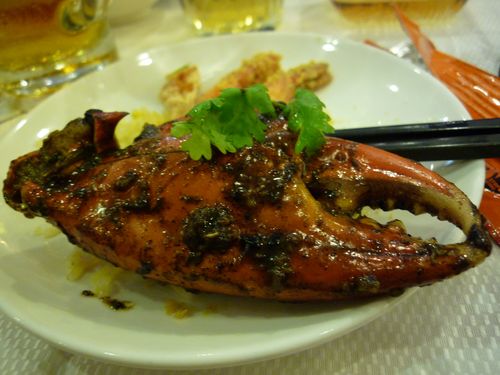 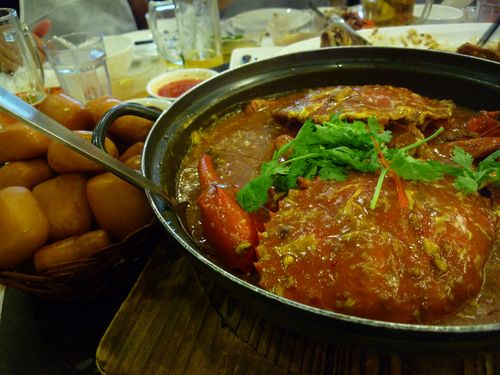 Singapore’s most famous dish, chili crab, and some deep-fried buns used for sopping up the mouthwatering sauce. I’m getting hungry again…soon as I’m done posting this I’m going up to the hotel’s rooftop pool for breakfast. 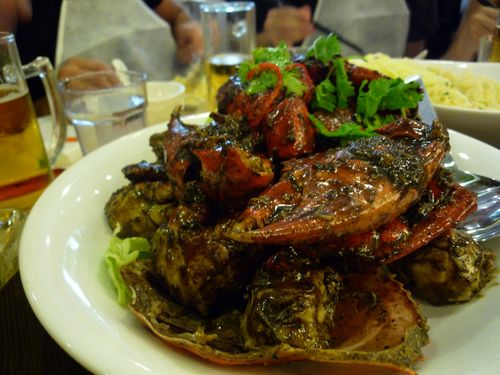 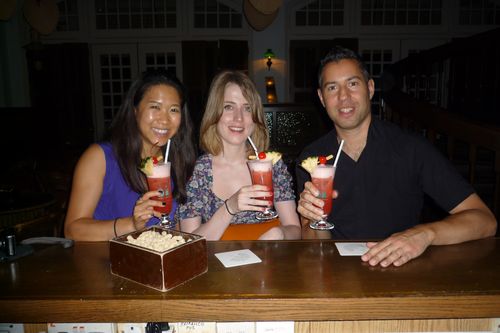 My new friends from Beijing (where I’m going on Friday–SO excited), Kirsten Lum (who has the BEST name for a PR and events company, Lum Dim Sum) and Alice McInerney, the shopping and style editor for Time Out Beijing. Of course we had to have a Singapore Sling night cap at the legendary British colonial hotel Raffles. Almost as touristy as having a daiquiri at the Hemingway bar in Havana but it’s something you have to do once–the drinks were ridiculously expensive but we had so much fun. 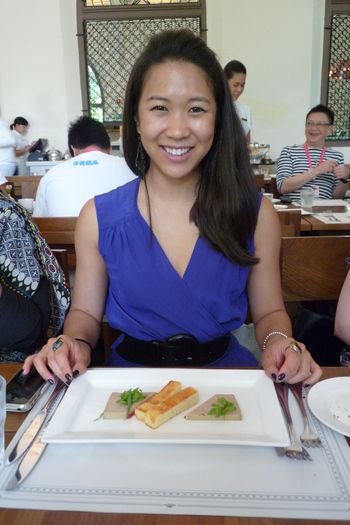 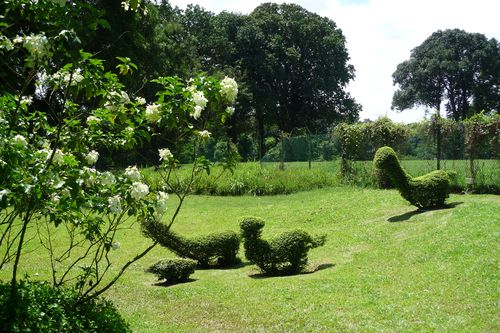 Dinosaur topiary in the garden at White Rabbit. 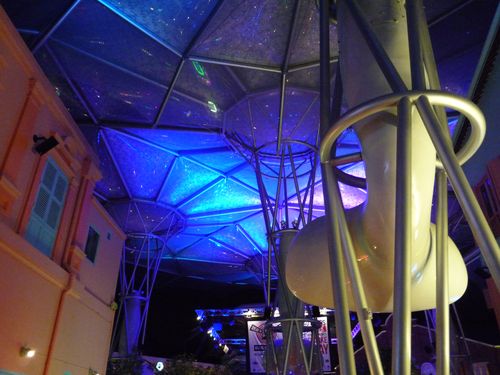 Singapore feels a bit like Las Vegas or, as William Gibson sardonically quipped, “Disneyland with a death penalty.” 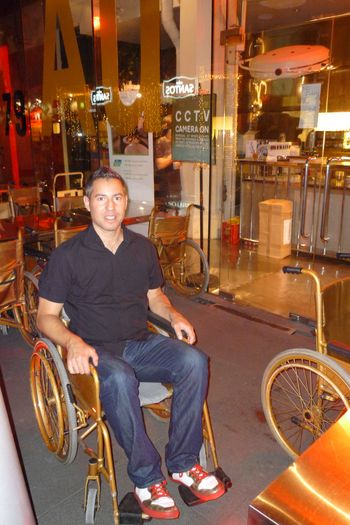 We stopped by a corny bar called CLINIC where patrons drink booze from IV bottles while sitting in wheelchairs. I couldn’t resist having a Larry Flynt moment. 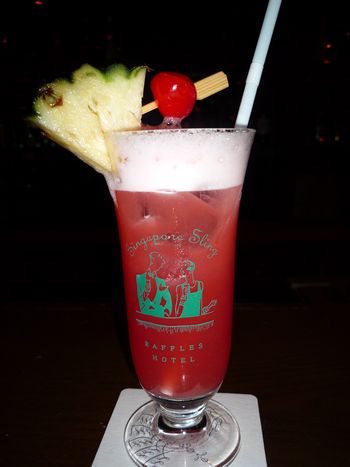