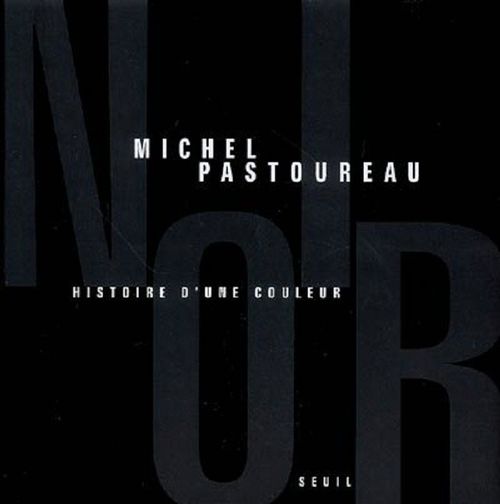 Michel Pastoureau, historian, specialist in medieval culture, anthropologist, author of many books on color. He has published by Seuil, Blue. History of a Color (2000), A symbolic history of the Middle Ages in the West (2004) and The Bear. Story of a fallen king (2007).

Long, in the West, black was considered a full color, and even as a strong pole of all systems of color. But her story changes in early modern times: the invention of printing, distributing the image engraved and give the Protestant Reformation, as in white, a special status. A few decades later, discovering the spectrum, Newton is on the front of the stage a new order of colors in which there is now no room for either the black or the white for nearly three centuries, will be more colors. However, during the 20th century, the art first, then society, science finally to black gradually restore its status as true color.

It is this long history of black in European societies is devoted to the book Michel Pastoureau. The emphasis is as much about the social practices of the color (lexicons, dyes, clothing, emblems) as its proper artistic issues. Particular attention is paid to the symbolic ambivalence of black, sometimes taken in good part (fertility, humility, dignity, authority), sometimes bad (sadness, grief, sin, hell, death). And since it is hardly possible to speak of a color in isolation, the cultural history of black is also partly that of white (with which the black couple was not always), gray, brown, purple and even blue.