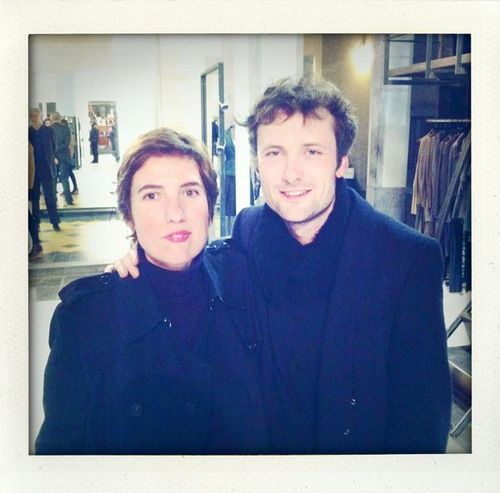 Great collaborations are rare in fashion, often because ego gets in the way. I was therefore delighted when I sat down to talk to journalist Veerle Windels and designer Tim Van Steenbergen about Act(e), the book they wrote and published with Ludion at the end of last year. Offering a great overview of Tim's body of work -which includes dance, theatre, performance and fashion- Act(e) gives us a personal insight into his mind and thriving talent. It was lovely seeing how these two complemented each other. We met on a cold, frosty winter morning, but the conviction and warmth they exuded made me feel right at home. Tim Van Steenbergen Act(e) is a rich and beautiful evocation of the influences that shaped him as an individual, his Belgian roots and working process as a designer. 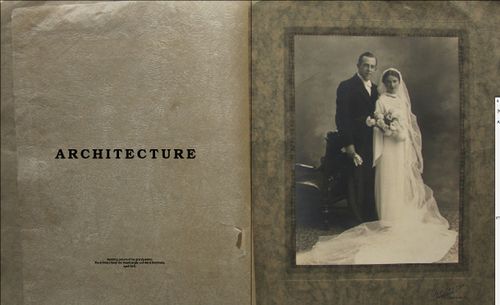 Who had the idea for the book first?

Tim: It was Veerle who did.

Veerle: I knew Tim's work from the catwalk and by looking at his clothes, but I didn't know how he was operating as a designer. I wanted to find out more about his process, as well as his theatre and dance projects, which are very important to him. The amount of work Tim does is just extraordinary… I wanted the book to reflect that. It's more about how he gets there than the actual clothes. I also knew that he would have so many interesting visual references, making him the ideal subject for a book. Another key thing for me is that Tim is a great individual to work with and not a fashion diva. I couldn't have written a book about an asshole, regardless of how talented he was. (mutual laughter)

T: I think you should keep challenging yourself as a designer and never stop asking yourself questions. If you start to think you have a definite answer on who you are as a designer, then it's pretty much the end. I like being confronted with things, engage in discussions with people about my work. It's an ongoing thing.

V: Tim has no fashion persona at all. I always try to go beyond the surface in my books and not just focus on that catwalk moment. I'm so sure that it's not about that for most designers and it's terrible in a way that most of the media attention goes towards that glamour minute. I remember coming to Tim's atelier early one day and he was fitting a piece on a model. I sat there and just watched silently. At one point, a discussion started on how a millimeter could change the whole piece and the exchange went on for about 15 minutes. That moment is fashion to me. The thing that fascinates me with Tim is that he still makes his own patterns and knows how to sew. 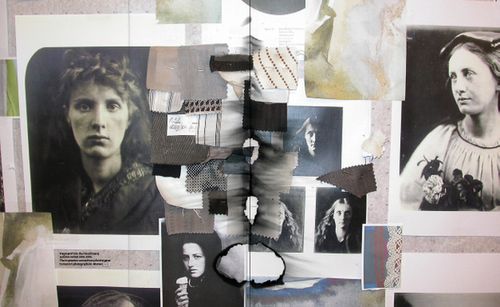 There are more and more stylists calling themselves designers, but they couldn't actually make clothes themselves.

V: Before meeting Tim, I always thought I was working hard. I'll never say that again… (laughter) He works so bloody hard.

You have to be obsessed in this business, don't you think?

V: I don't think it's a question of obsession for him.

T: I guess I have the determination to grow and evolve. You'll never hear me say: "This is my moment now."

V: Tim's very humble. He's a dedicated team player and -even though he has to have the final word- he's surrounded with great people who are completely involved.

T: I think that being part of a community and working collectively is really important for my generation. It's not about egos anymore. You want this interaction with other talented people and that's why I like working on different projects besides fashion. 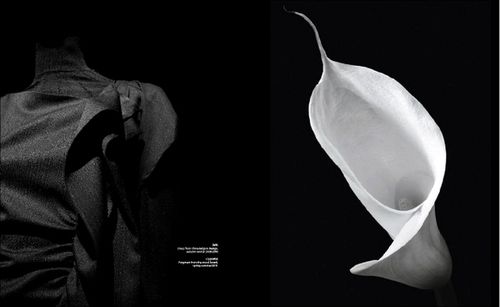 Veerle, is being a writer lonelier than being a designer? Working in fashion involves so many other individuals.

V: I never feel lonely and don't understand journalists or writers who feel that way. I'm very connected to people. I take two days to write during the week, but am always on the move, meeting designers and attending events. I've never had this feeling of isolation in my job.

The difference is that there are other forces at play in fashion. That's not the case with writing. You cannot really justify being alone as a designer, since too many steps depend on others.

I think working alone is a luxury. Well, that's the way I see it anyway.

V: I'm in my own little bubble when I work. I turn the radio on, start writing and it's almost like talking to myself.

T: I think it's so important nowadays for a designer to have a broader view.

V: A talented designer can multitask so easily. That's the whole point. For instance, Tim fits every single garment on a model. He will focus on that for a short period of time and then move on to the next thing. That's the way designers work. This romantic idea of someone drawing all day for their moodboard is just fantasy. 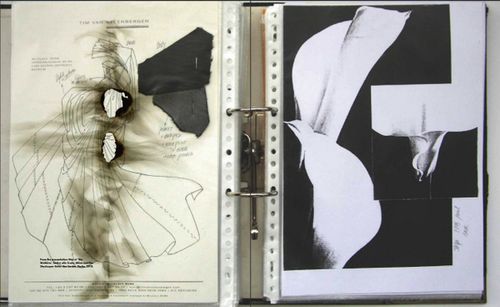 Tim, where do you get your best ideas from? Does it happen at work or at home?

T: It's everywhere. My best moments are when I'm draping on the dummy, but with something like designing costumes for La Scala in Milan, it all comes together when you work with the singers. It's not just about having a good idea, it's about taking it further and studying all the time. I go to exhibitions, read books and look at images constantly. It's a permanent research process where you absord so many things.

V: I think this is the way good journalists work, too.

What I find amazing with designers is their ability to process all that information and turn it into actual clothes.

V: Tim really thinks about the woman who wears his clothes. That's something that really struck me when we made the book together. There's a reality behind it. Working on the dummy is his happiest moment.

How did you feel when the book was finished?

V: I was glad that it was done! (more laughter) No, seriously, I'm very pleased with it and Tim worked very hard on the visual aspect of the book.

T: I don't think I realized at first how much work a book would bring, but I loved it anyway.