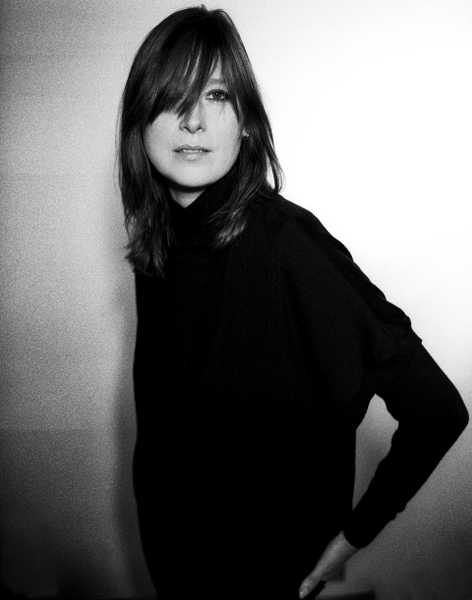 When Veronique Branquinho was hired to take over the creative direction at Delvaux, which was officially announced in March last year, I had the feeling it would have a profound effect on her life and possibly change her as a person. I remember meeting her and interviewing her for the first time in 2008 and feeling slightly intimidated by her. Her long, lanky silhouette gave her a nonchalant charm and she seemed quite definite in her opinions and approach.

The woman facing me last October was different. Looking relaxed and coming across as a gentler person, Veronique laughed several times during our chat and talked about her work with ease and clarity. I think no longer having the responsibility of her own brand opened up several roads, allowing her to focus on creative decisions and understand the richness of a house she seems very comfortable with. We sat in cosy leather chairs during the presentation of the new collection in Paris and talked about projects, encounters, endings and beginnings. I warmed up to her and felt like some of her defences were down, which was a pretty good thing.

It started with a small collaboration we worked on, when they asked me to design three styles for them. These were Regard Passager, Ame Libre and Message Ambigu. I actually presented these bags during my last womenwear show in Paris and this is how we got to know each other better. There was a good communication and understanding between both parts, which led to my nomination as the new Creative Director.

How was the transition period between the end of your label and your new position at Delvaux?

It was quite a difficult time for me. We had several problems with our company and decided to stop. That was it. I could then focus on my new role at Delvaux and develop what I wanted to do there.

How long did your label last for? Was it more than ten years?

It was twelve, actually. I started in October 1998. 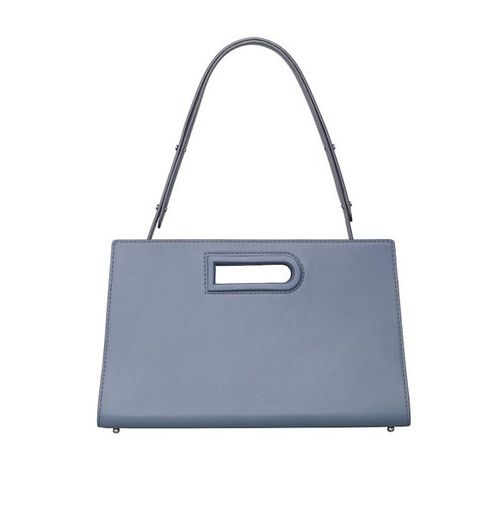 Regard Passager from the new Spring Summer 11 collection

What attracted you to Delvaux?

Being Belgian, Delvaux is like an institution and a true reference. Everybody knows the house in Belgium and I felt we had similar values in common, such as handicraft, quality and respect for beautiful things. That's the main reason why I wanted to work for them, as well as helping the brand grow internationally, which was the challenge for me.

What is the international dimension you're bringing to the label?

There are several things I decided to do. The first was to create a Heritage family. I remember coming to the atelier in Brussels and being impressed with the width of the archive. There were so many styles that had been designed and even variations on these styles. I felt like it was time to tidy it all up. I decided to focus on the styles which stood for the label's authenticity and wanted them to have a timeless quality. We added one style to the Heritage collection this season, called Gibus. I needed a blank canvas to move forward. In my work, I always look for an elegant line, which can stand the test of time. I'm very happy to be involved with Delvaux, because it's not a house trying to launch more It bags each season.

That's over, too, don't you think?

Yes. I feel more comfortable working for a house that promotes style instead of fashion.

What did you want to develop with this last collection? It seems to me that the skins are more supple and sensual.

Yes, the colours we used were softer, too. We have two new styles, Artemis and Amazone, which we presented to press and buyers. We decided to work with "toile de cuir", a weaving technique developed exclusively in-house. I wanted it to look fresher, focusing on single colours, rather than mixing them. For me, leather should be a classic. The Artemis in "toile de cuir"

Can you tell me more about the ad campaigns?

I was really involved in them and wanted to rethink the way Delvaux was normally perceived. I imagined this woman in natural landscapes, with a slightly bare and desolate feel. I liked the contrast between her sophistication and nature, trying to find landscapes that were a bit lunar. We went to Iceland and Serge Leblon shot the images there. I'm a huge fan of his photographs and was glad he accepted to do it. We had worked together before and it was great collaborating with him again. He's such a poet.

Nature has always been an important part of your work and personality. What kind of energy were you looking for in these pictures?

I was interested in the contrast between these really elegant women and their raw surroundings. I wanted them to look feminine and powerful. There was something wild and slightly untamed about them. How do you want the collection to develop now?

Each season, we will introduce new textures and colours. I also work on different themes each year, but the goal is not to remake the line every six months. There has to be continuity to make it work. It's not a revolution, but an evolution.

There's definitely something easy-going about this collection. It's less lady in a way.

Yes, that's exactly it. I have to say I'm spoilt for choice with all these bags! (laughter)

Lucky you… You seem much more laidback and relaxed yourself. I remember meeting you a couple of years ago and you seemed more tense.

It's true. Many things have changed in my life and I am much freer now. It was a hard decision for me to end my label, but, to be honest, the situation I was in after 12 years didn't feel like the one I aspired to. Now I can really be creative and focus on that, taking the time to do new projects and have space for myself. I'm happy.