David Lynch tonight at the Cinematheque

David Herman and I went to the Cinematheque tonight to see David Lynch. We got to see some of his short films that I'd never seen before. He made his first film, that he screened tonight, when he was 19. His films were animated and mixed with real actors. There was a very funny one that ended the shorts, Cowboy and the Frenchman. 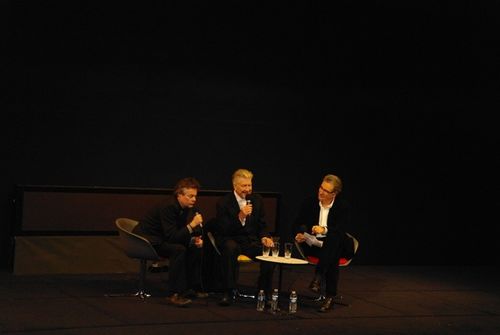 After his Q & A he was surrounded by crowds of people and he was gentle and took time with them wish that I could have had the opportunity but this is as close as I got. 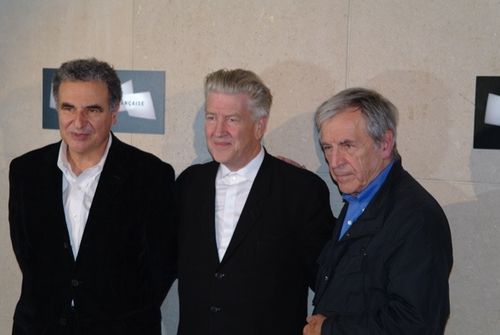 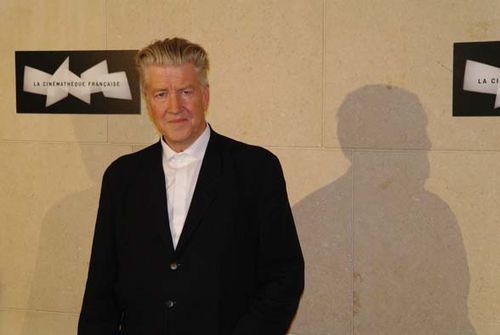 I will post some videos on ashadedview on youtube.com but the image is a big blur but…you can hear him speak about making his first, film about nature, Mulholland Drive, a printing studio…

All Diane's photos are taken with the SAMSUNG NX10.