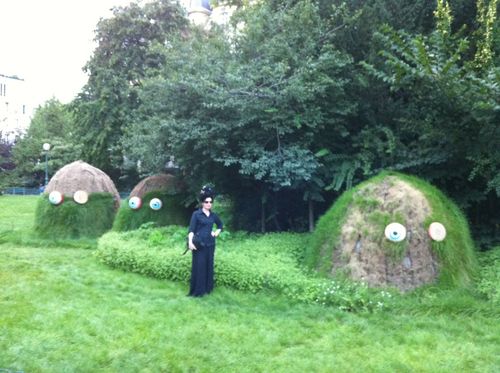 I went to visit my friend Theo Mercier's public art yesterday to see how it was weathering the summer. I could not believe that vandals had stolen one eye on two of the hills. I wish that I had the image of the early days of this installation when people of all ages and sizes were playing with them. Why would anyone poke out their eyes? Anyway, their personality still shines.The piece was installed on his birthday and titled 'aux pieds des collines de la colere' and you can visit them in their deteriorated state at square du temple.