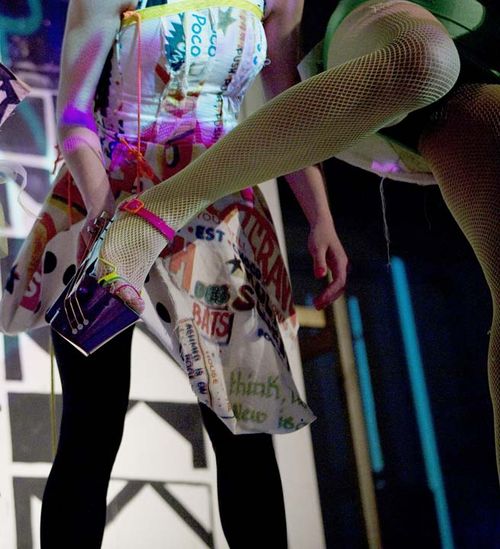 Chicks on Speed and the e-shoe

You are getting a look at the first wireless High heeled shoe guitar, made in collaboration with Siberian born shoe designer Max Kibardin and Hangar.org. The shoes will be unveiled alongside Chicks on Speed's collection of self made 'Objekt Instruments"- Cigar Box Synthesizers, super suits' with sewn-in body sensors that trigger audio/video samples, 2 hats made in collaboration with Christophe Coppins and Hangar.org, based on illuminated drawings of Hildegard von Bingen, a 12th century Christian mystic who received visions, composed ethereal airs, performed healing and even founded covents. The hats transmit the utterances of their wearers by way of microphones and speakers: the contemporary beatified woman can amass her own power tools, or so it seems. 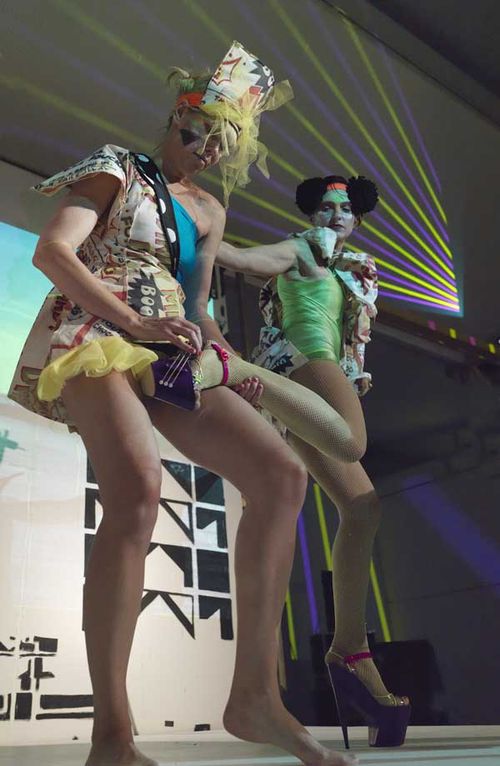