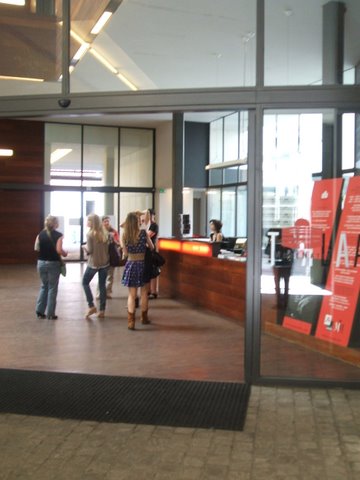 Arriving at the MoMu museum entrance in Antwerp