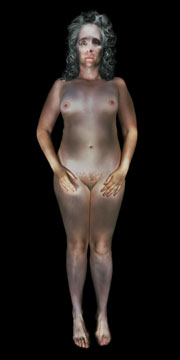 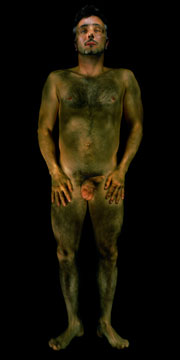 The exhibition consists of 30 life-size portraits of nude men and women that Schneider has photographed using an unusual technique. All the figures lie in the same position, seemingly imposed while Schneider moves flashlight beams slowly across the bodies accentuating their characteristics with light and shadows. Schneider has lived and worked in the USA for years and since the early seventis his subjects have been genetics, bodies and faces, his own and others. Over the last two decades he has developed a technique where he 'paints' the sitter onto the film during very long exposures.

The exhibition is a part of Reykjavik Arts Festival 2010