I came to London for the day for the Comme des Garcons WONDERWOOD fragrance launch and a screening of the Quay Brothers film made especially for the fragrance. More on that later. 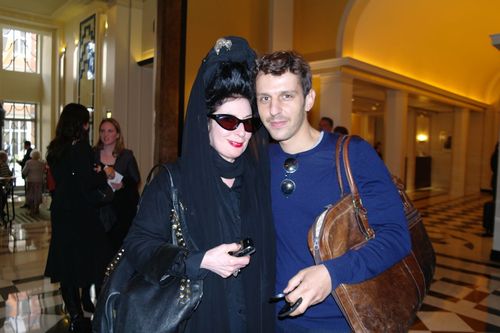 As I was waiting for the car to take us to the Prince Charles Cinema I was delighted to run into Marios Schwab at the hotel lobby of Claridge's. Sweet surprise.