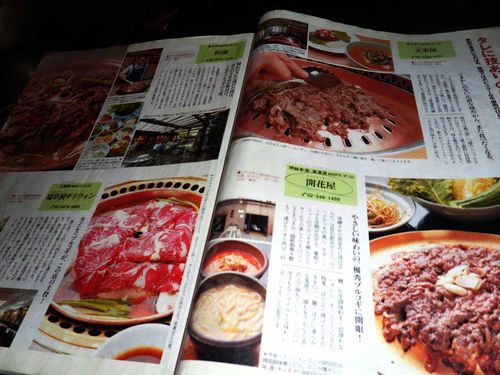 Magazines with press on the restaurant's dishes

It was quite sweet and funny when we entered a restaurant tonight with none of us speaking Korean and no one in the restaurant speaking English. The solution… the waitress brought over a stack of magazines with press on some of the restaurant's dishes and that was how we were to place our order. 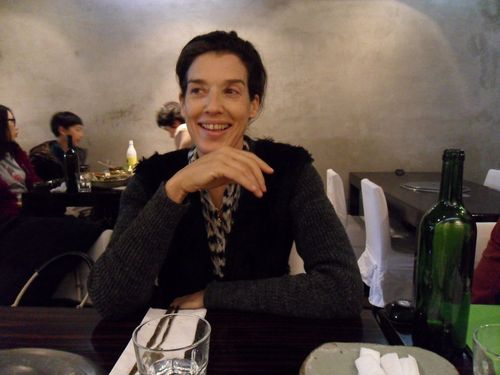 The beautiful Nicolle Meyer, muse of Guy Bourdin. Nicolle wrote and compiled the images of a two volume book 'Guy Bourdin, A Message For You'. Nicolle currently divides her time between a costal town in Mexico where she lives with her architect husband and New York. She is as lovely as she is beautiful. 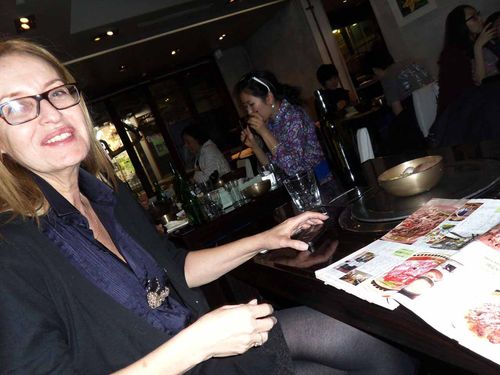 Shelly Verthime , Curator, Writer, Consultant and  often referred to as an 'angel', in Seoul curating the Guy Bourdin exhibition at 10 Corso Como Seoul with the strong support of Guy Bourdin's son, Samuel. They have been working on various Guy Bourdin projects including the upcoming documentary film, 'When The Sky Fell Down' – the myth of Guy Bourdin directed by Guy Bourdin's x-assistant, Sean Brandt's. 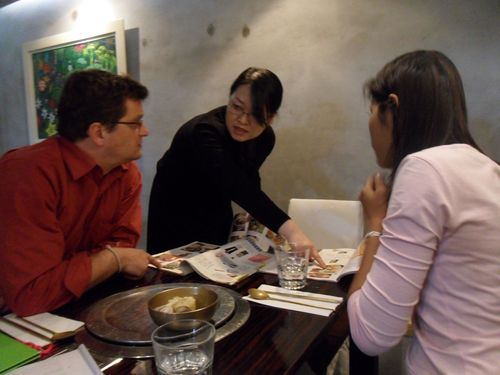 The exhibition will continue until May 2nd at 10 Corso Como, Seoul Korea.

Shelly and Samuel were walking back to 10 Corso Como to check on the the projection planned for the outside of the building while Nicolle and I were about to jump into a taxi when Samual said that tomorrow night marks the 19th year since his father's death. Evidently the date for the event had been changed several times, it was not planned but  it ended up quite karmic.