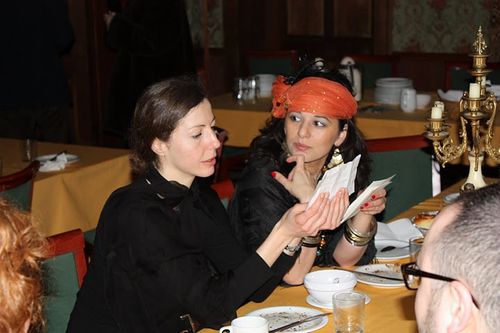 I had a blast last weekend taking part in my very first murder party. Most protagonists had never met, even though each of us had received their own script in advance to study their character. The action took place in France in 1938, on the evening of the 13th of March. We were all invited by Brian