It only took Korean designer Juun. J a few seasons to become one of Paris' hottest tickets. His show did not disappoint his fans as he focused on fantastic jackets and outerwear pieces.

There was a big zip story going on, in silver and gold. It was used as a beautiful trim on jackets, coats, belts and trousers, while most pieces often seemed "doubled" and could therefore easily be transformed. 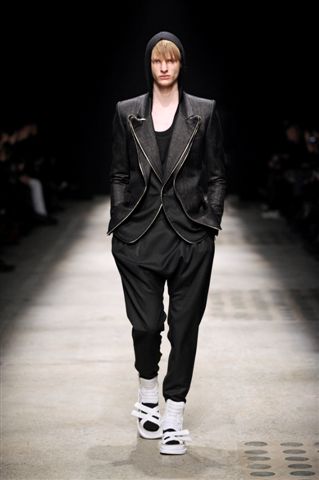 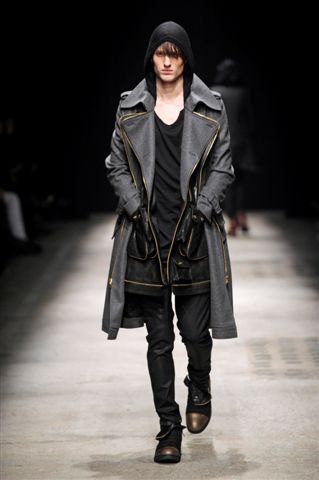 Many styles were oversized. A huge wool poncho and billowing white shirt were quite effective.
The contrasting sandals -worn with socks- added a nice touch of quirk. 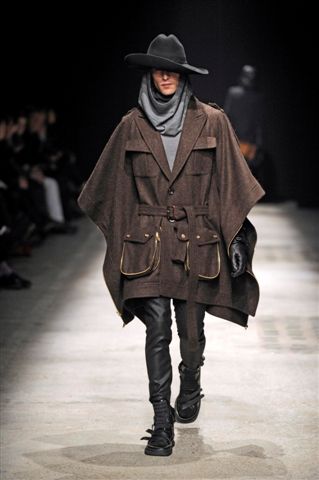 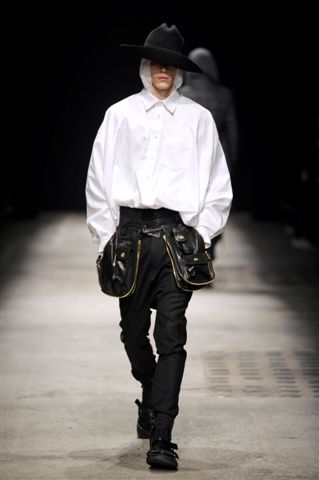 A personal favourite was this sheepskin jacket which was left unzipped at the shoulders while the model walked confidently down the catwalk. 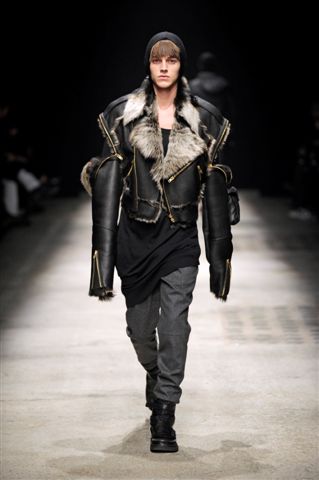