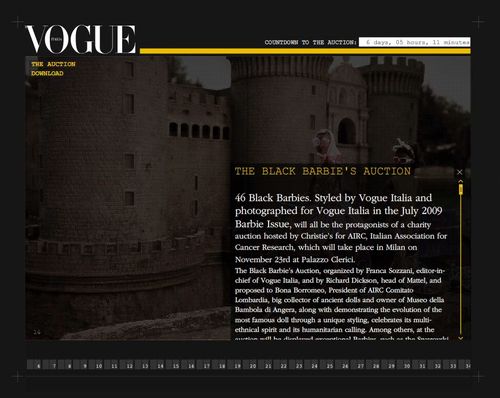 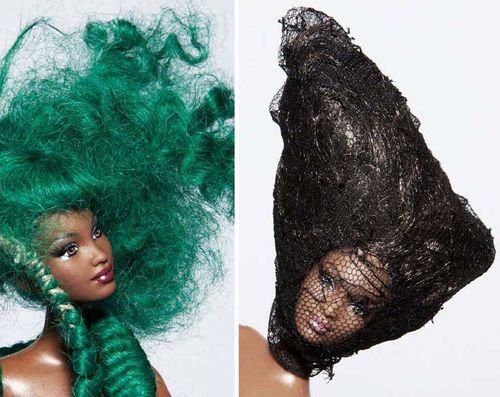 Please visit the new http://www.vogue.it/ and read more about the 46 Black Barbies up for auction. Hosted by Christies for AIRC, the Italian Association for Cancer Research, all 46 Barbies featured in Vogue Italia's July issue will be auctioned tonight at Palazzo Clerici in Milan. 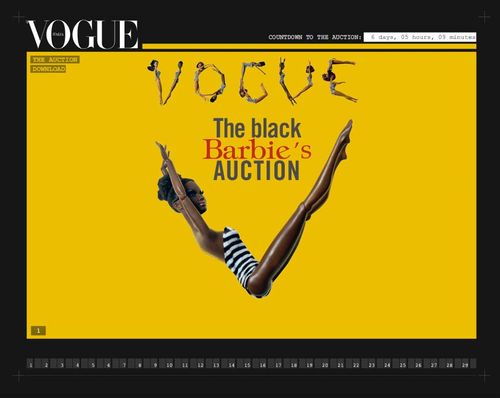 Organised by Vogue Italia's Editor-in-Chief Franca Sozzani and RIchard Dickson, Head of Mattel, in association with Bona Borromeo, President of AIRC, and Comitato Lombardia, a big collector of historic dolls, and owner of Museo della Bambola di Angera. In the past Barbie has been a dentist, a traveller, a pilot and a nurse, she's been an amazon, a zoologist, a career girl, a US presidential candidate, she's been blond, red or brunette, she's had a suntan and now Barbie is black. 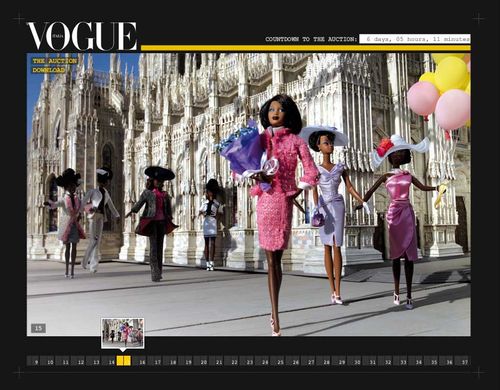