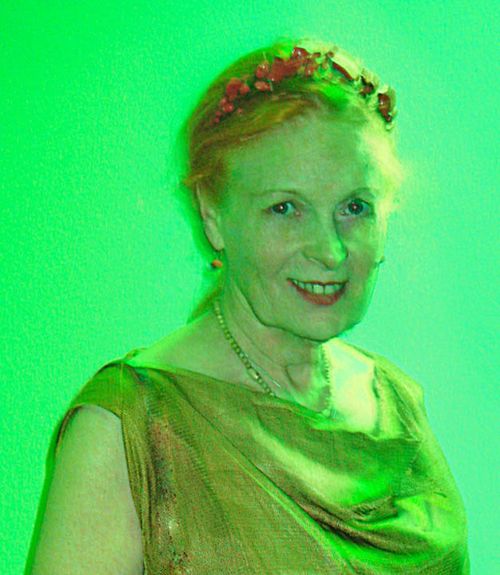 Writer/Art director Matthew Miles and Artist/Photographer Konrad Wyrebek met the inimitable Vivienne at an East End gallery earlier in the week, but it was too busy and they could hardly talk. "So it was cool to shoot some new pictures with her later in the week in Mayfair.Passionate as ever, she had a dig at A-list artists who repetively cash-in on the style that made them famous-and we struck with the recycling theme to get an update on her Active Resistance manifesto. 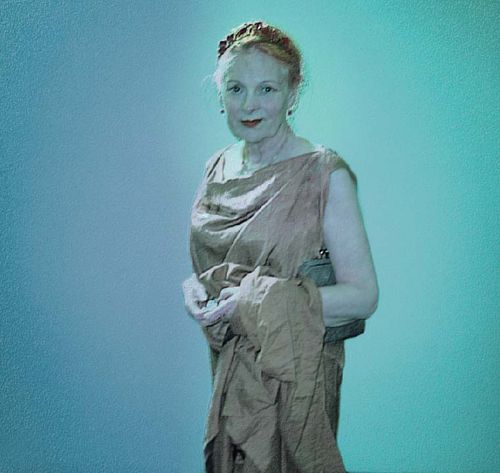 Vivienne is all set on shaking up lethargy over climate change in a way that isn't just fashion forward, but unites diverse creative forms. An example of that is the upcoming theatre production 'Active Resistance to Propaganda' at London's Bloomsbury Ballroom on Friday 4 December. 'Active Resistance' is run and writtey by her . It is her manifesto for tackling world problems such as climate change. The play is an enactment of the manifesto. Written by Vivienne but directed by Andrew Steggall of the Motion Group. She will not be performing in this one. 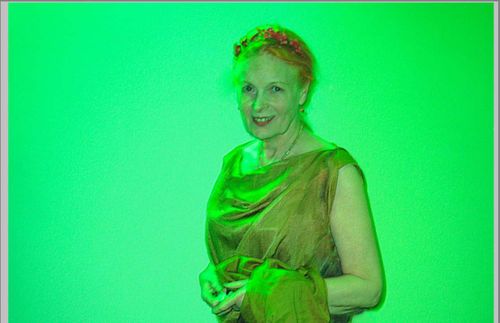 But while the international eco warrior is bravely encouraging us to be less consumerist (why buy when you can reinvent?) it's not like she's taken her eye off the cutting room. In one of her own fresh designs – a billowing sari-meets-wrap dress – she looked as fierce as the rebel queen Boadicea.