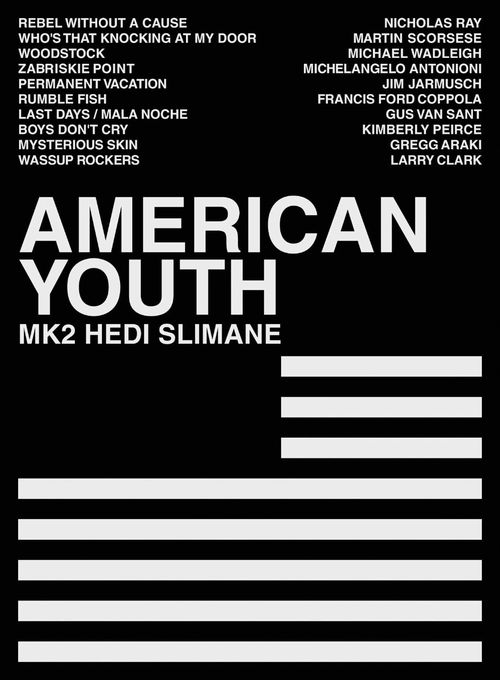 Hedi Slimane has curated a selection of films from the 50's to today which portray one of his favorite subjects, American Youth and more precisely, the birth of counter culture. A box of 11 films selected by Hedi and illustrated with his photographs will be launched in November. It has been edited by the French film company MK2. A limited edition of 2,500 will be available in November 149 EUROS.