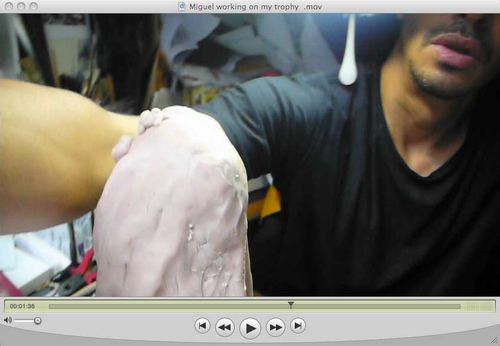 Miguel Villalobos is a photographer, a sculptor, a painter, an illustrator, he makes jewelry, he made my snail, no matter what he does, he does it well.  I asked him if he would create the new ASVOFF trophy, I only wanted him to come up with the design for the trophy, something we could have as a signature for the festival that we could  give  out year after year, I never expected that he would actually sculpt it. Although who could do it better than him?  Miguel keeps me updated by sending me videos. I love to see the work in progress. 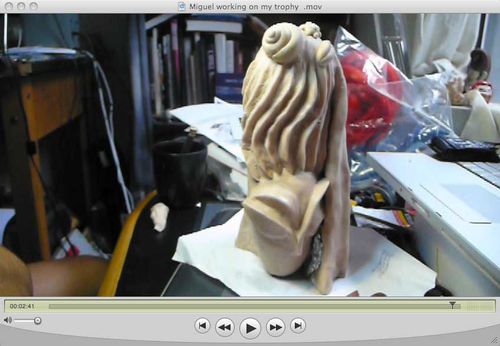 A glimpse around his atelier. 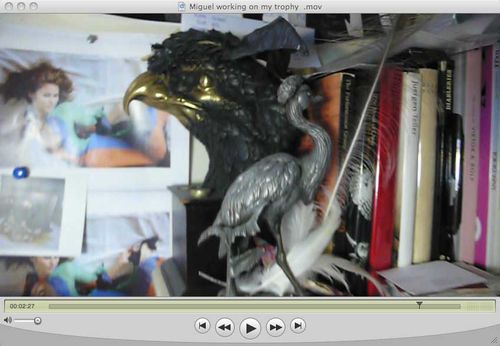 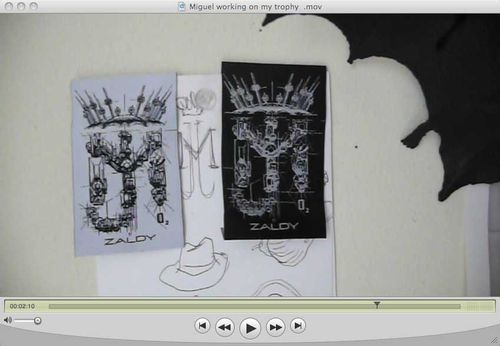