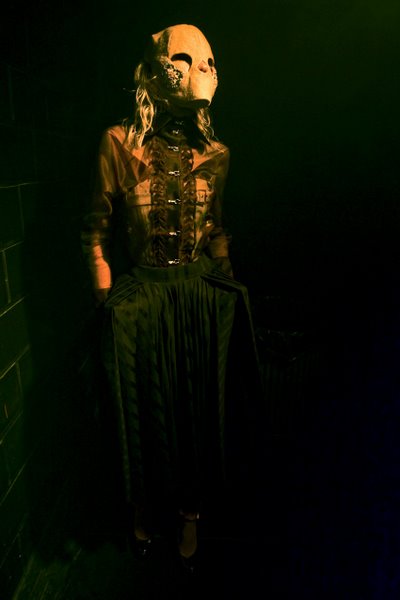 I had the pleasure to talk to Boris Schipper and Tomas Pedrosa Arques yesterday about their new collection during the press conference announcing "Les Belges", the first joint showroom between Flanders Fashion Institute and Wallonia-Brussels Design/Mode, which will take place in Paris from the 1st until the 5th of October. As soon as I saw the duo's one of a kind pieces, I was hooked. For S/S 2011, they have found a rather confused and deranged muse. Escaping her repressed upbringing, their heroine runs away from her family at the Debutante Ball. As she liberates herself from her constricting clothes and padlocked, chastity corset, she experiences feelings of joy and alienation. Her embroidered face mask is one of the first things to go during her escape. 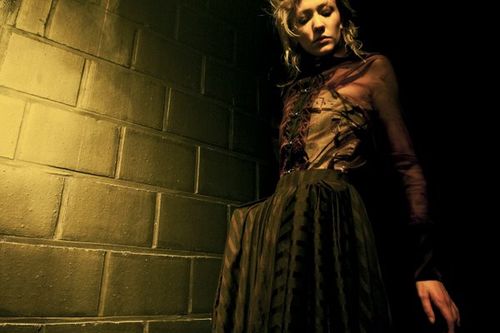 Here's a video teaser, produced and directed by Spurred and Lace studio.