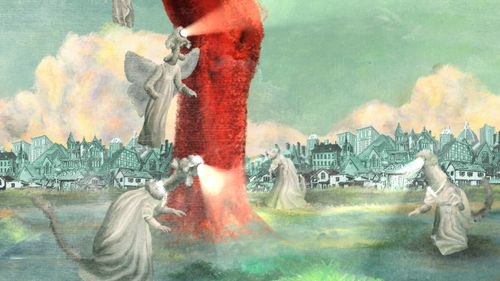 A little teaser from ASVOFF 2.   GiLApple will be screened out of competition on September 26th at the Museum Galliera in Paris during the 3 day fashion film festival.

Jun Takahashi (UNDERCOVER) came up with the concept and story for the animated film, GilApple,  along with Katsuhide Morimoto, ENZ and Tetsu Moritela. The animated film stars the GRACEs, the fluffy creatures with luminous eyes that are hand-made by JUN TAKAHASHI. The story is of an imaginary world. mo-c (Silly Things Visuals) and  Anatelle art directed the film, music by Kan Takagi. I had the pleasure of watching this film on June 17th in Florence where Undercover was the special guest of Pitti.