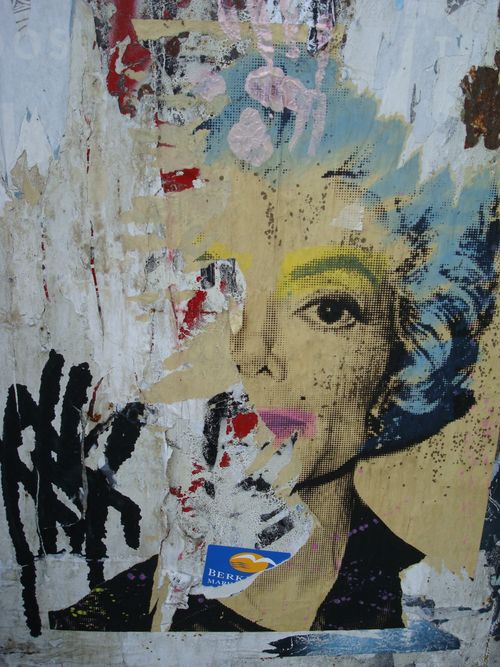 As the Michael Jackson death drama continues to swirl and twirl itself through the tawdry tabloid world, I remembered all these crazy random street tags some underground artist had been plastering all over NYC last year. Most of them have been tagged over several times by now and are in a state of rotting urban decay, but they seem so oddly prophetic now that he's gone. Wierd how he looks like a cross between a childlike trannie and some stiff Republicans wife. Like they say, the street don't lie. Text & photo by Walt Cessna NYC 08