I spent less than 48 hours in London doing a few interviews. Right from the train we went to the home of Roisin Murphy, she is totally amazing, but I'm sure you already knew that, more on that later. I met Roisin through our mutual friend, Kai Kuhne. 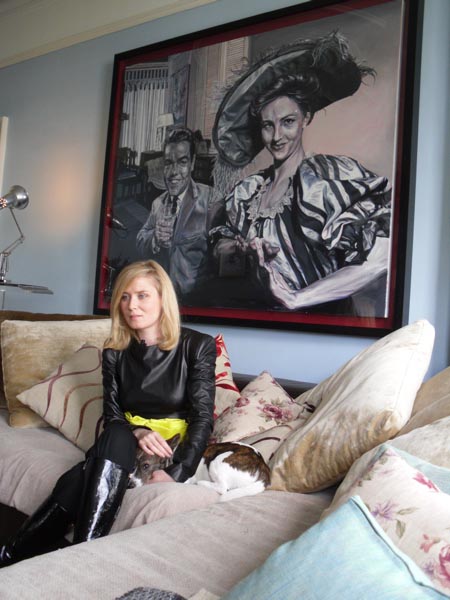 Roisin Murphy  with her dog, Charley and the artwork by Simon Henwood
. From there we went to meet the creative director of Liberty's, Tamara Salman. 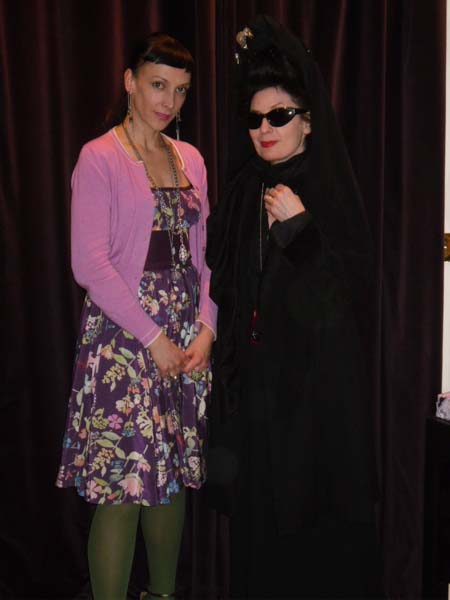 She was a delight as well, by the time we got to our hotel, 40 Winks, we were all dead but none the less we met up with my friend Mei Hui and only because they like Mei Hui were we able to get the last service at St. Johns. 40 Winks is  the smallest boutique hotel with only two rooms. It's more like staying with a friend than staying in a hotel. I left fairly early to meet my friend Mei Hui and shoe designer, Natacha Marro. at the new trendy restaurant Albino's, both David Carter, owner of 40 Winks and Tamara had recommended it but I'm not sure why. The service has to be the worst in town but the prices  are quite good and the food is fine, super noisy and too trendy for my taste. 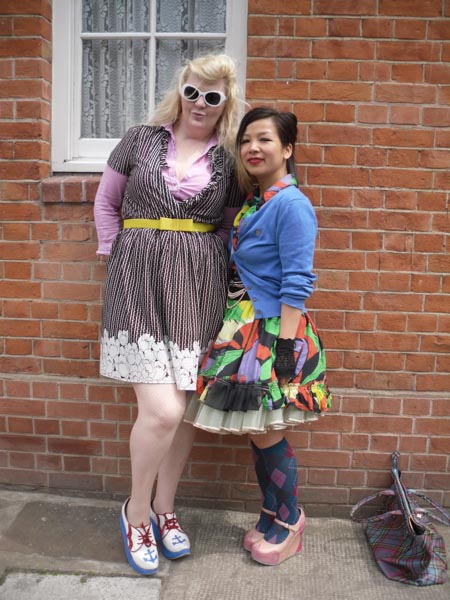 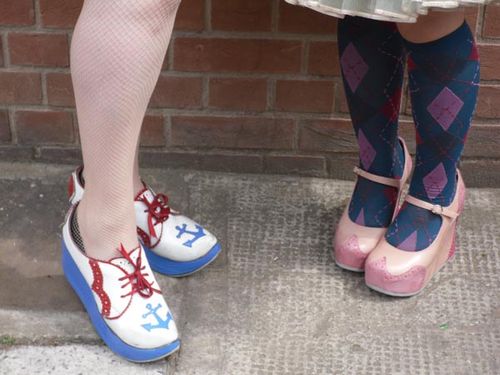 Mei Hui and Natacha in Natacha Marro custom made shoes
After lunch I met up with my friend Wilhelm Finger and we went to the White Chapel Gallery in East London and then The Wapping Project to see the Unseen Guy Bourdin exhibition and before the train  to the Tate Modern where we totally enjoyed the exhibition of Roni Horn.
Later,
Diane