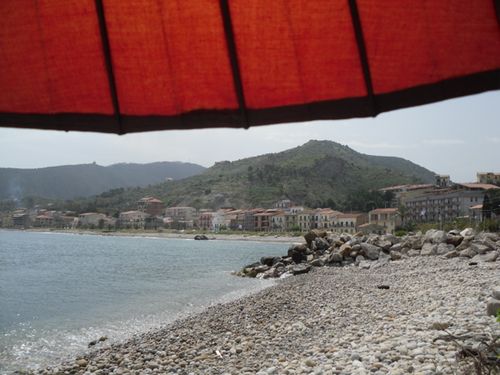 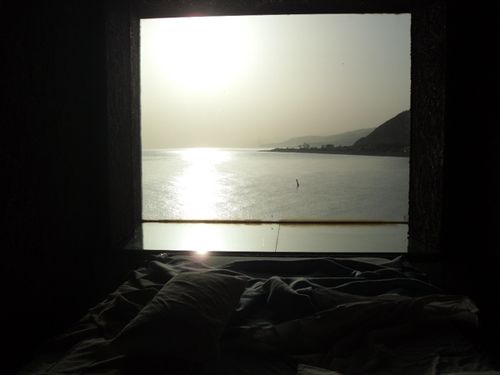 One thing that is nice about the Art Hotel – Atelier Sul Mare, is that you are encouraged to switch rooms each night so that you can experience living with different artists work. My first night was living with the  Trinacria by Mauro Staccioli, which was totally black, everything based on the triangle and with what has to be the thickest red door that I've ever seen with a  key  the size of a door knob. Last night I slept in the  Prophet Room, a tribute to Pier Paolo Pasolini by Dario Beliezza, Adele Cambria and Antonio Presti. There were a series of dark corriders leading into the principle room with mirrors everywhere but in the one room with light, the bathroom. This is what  I woke up to  this morning. 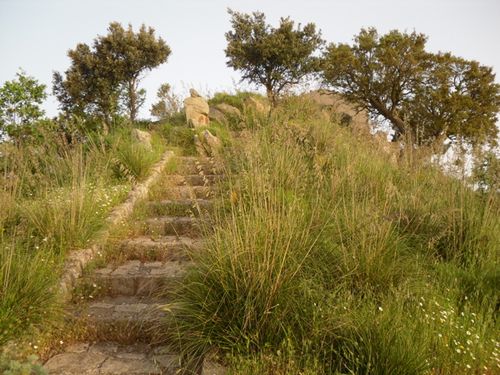 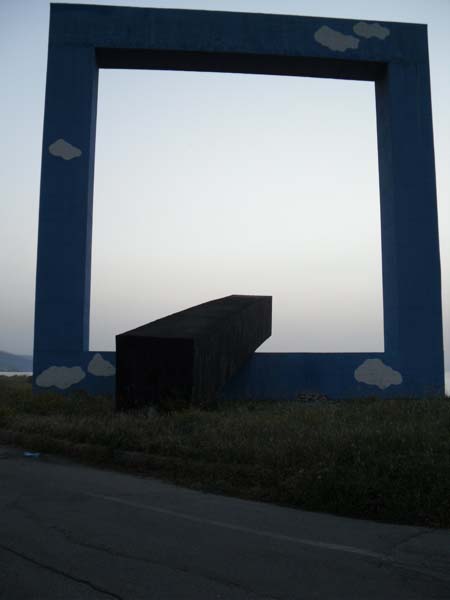 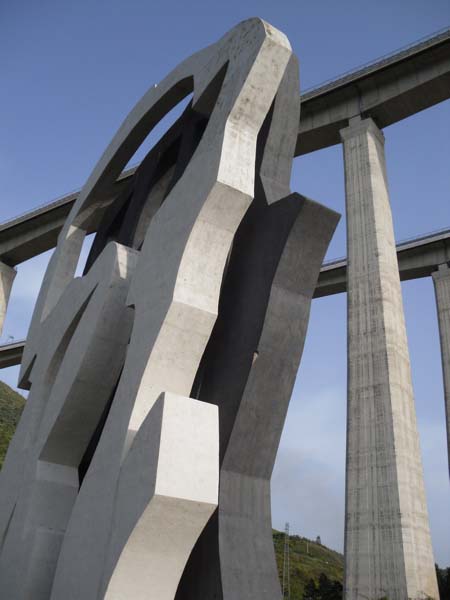 Pietro Consagra's sculpture, when he put it up the authorities wanted to destroy it because they felt it was not good for the landscape, the bridge behind it came several years later.
Later,
Diane