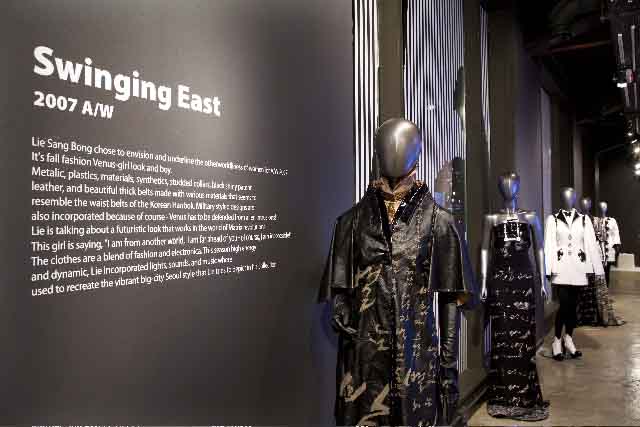 Hangul is a writing system started during the Chosun dynasty. Hangul means “SPIRIT’ in Korean. Lie Sang Bong is one of the most famous designers in Korea who has been showing his collections in Paris since 2002. In 2010 Lie Sang Bong will be the official Cultural Ambassador to the city of Seoul which was appointed the ‘WORLD DESIGN CAPITAL.’