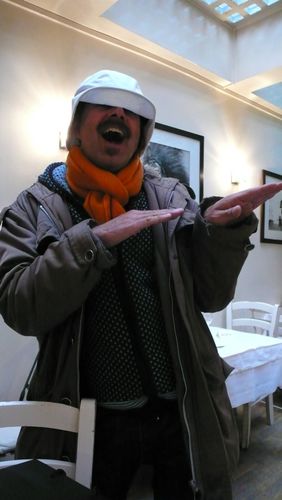 We've survived another series of fashion weeks…I met Sonny Vandevelde for lunch after his last show at my favorite tea salon, les Deux Abeilles. In a week he's off to surf the waves in Australia. To get him into the mood, not that he needs any help, I gave him my Y-3 cap as i thought it would look better on him than on me.
Now a message to the thief that stole  Sonny's new camera from backstage at the JP Gaultier show. There are security cameras in the building and Monday they will go through the tapes. Be aware that there are only a strict number of people allowed backstage and everyone knows everyone so do continue reading this post with Sonny's message directed to you. 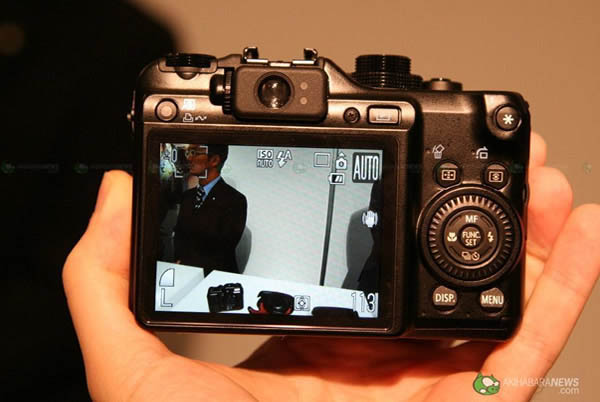 " So now this is a call out to the person responsible for this, as I just got off the phone to the security people at Gaultier because it turns out they have several security cameras in the building and come Monday we will go through those tapes, but, if I, through some form of communication hear from you, whether you phone me from a phone box or send me an email from some hotmail account you just make up and use once only, so if I hear from you , we willnot look at the tapes, what does that mean ? Well, either we look at the tapes and then contact the authorities as there are only a strict number of people authorized to be backstage so everyone knows everyone, or you contact me , and no chargeswill be pressed. So what I am saying is come clean and I turn ablind eye, if not , someone from the police will come knocking on your door. Now I'm not a big fan of the latter, and prefer to not involve police with anything I do, I have a dislike for authority, but when it comes to my new toy being taken from me, I'm left with these 2 options.