Yesterday Antoine Asseraf and I went to Antwerp for the day to visit les Hommes in their beautiful 200 m2 studio with an amazing view of all of Antwerp from either side of the atelier. 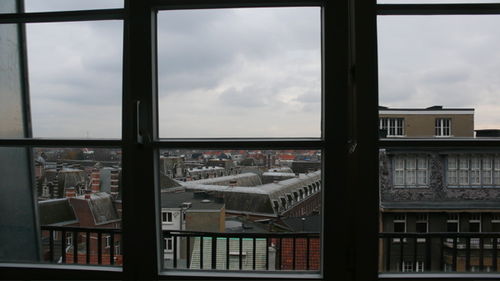 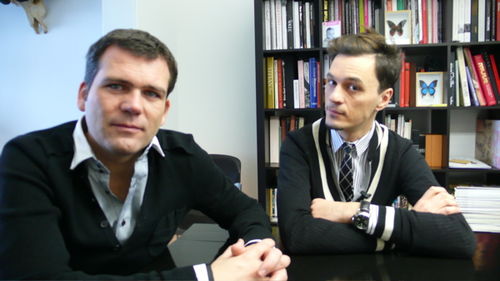 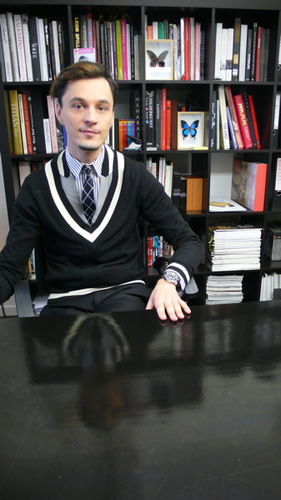 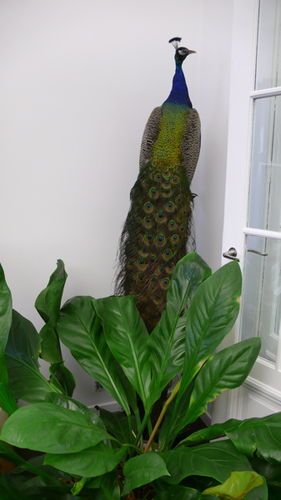 After our interview we shared a lovely lunch and then before we thought we were taking the train we met with the Mareunrols at Pain Quotidian. Although we arrived on time for our 18h25 train, it did not leave for hours, in fact it might still be stuck on the tracks of Rotterdam due to an electrical problem. 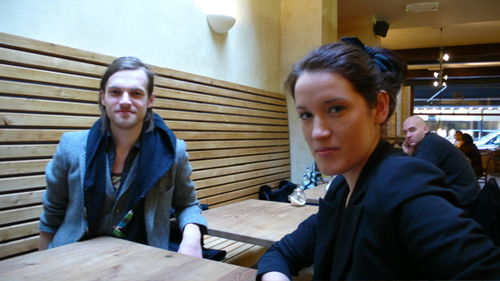 The Mareunrols , participants in the next edition of the festival d'Hyeres

Standing on the quai for the train that never came, we ran into Haider Ackermann who informed us that this was a typical situation. The train we were supposed to take was stuck on the tracks at Rotterdam due to an electrical problem. Finally a local train to Brussels arrived and Haider advised us that we'd better jump on it. We did and eventually caught a direct train to Paris. I think at that time our original train was still stuck on the tracks in Rotterdam. WHile on the train Antoine showed Haider the video from last year's edition of the festival d'Hyeres since it seems the DVD's have never been sent. Haider took an image with his i-phone and sent it to Riccardo Tischi, last year's president of the festival d'Hyeres. I imagine one day the people that are supposed to receive the festival DVD's might….or then again, they might not. 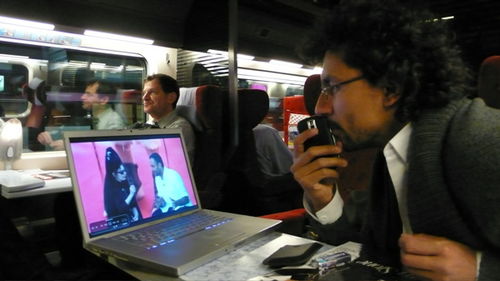 Haider Ackermann watching the 23rd edition of the festival d'Hyeres video. Riccardo was the president of the jury and Haider had the exhibition in the room with the swimming pool at the villa du Noailles.