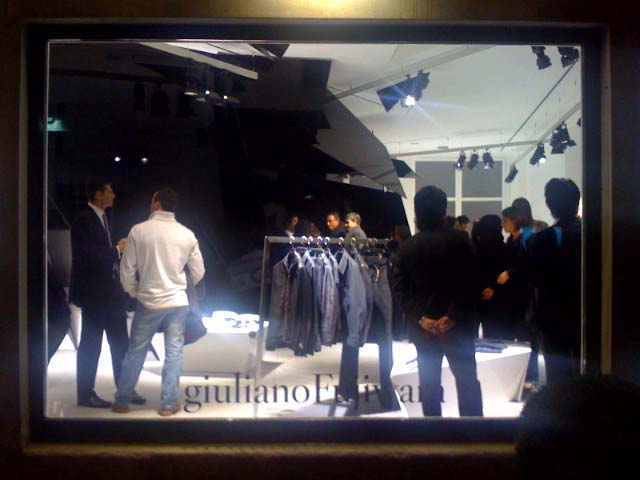 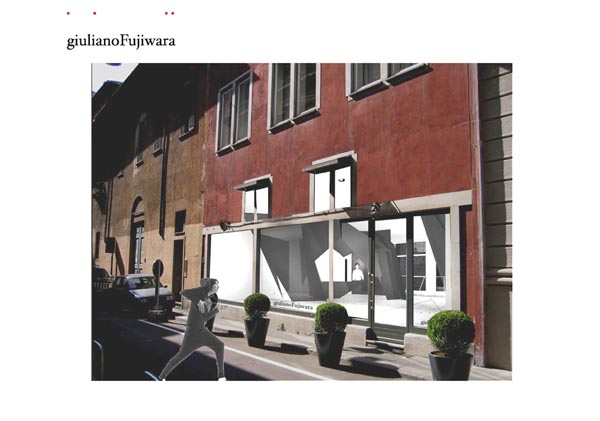 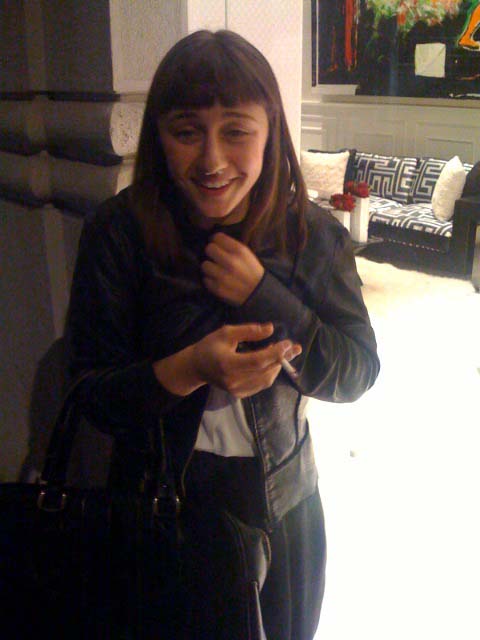 Federica Moretti, milliner, she did the hats for Giuliano Fujiwara’s show

Today, January 20th, 2009, during the men’s fashion week, Giuliano Fujiwara opened his Italian flagship store in Milan. His first flagship shop was opened in 2006 in Aoyama, Tokyo.
Masataka Matsumura, Giuliano’s creative director, took inspiration from wabi-sabi, the Japanese aesthetic view that sees beauty in imperfection. The project has been designed by Studio di Architettura Giovanni Pacciani, the materials are a mix of natural and high tech.
The brand was established in Milan in the 80’s.