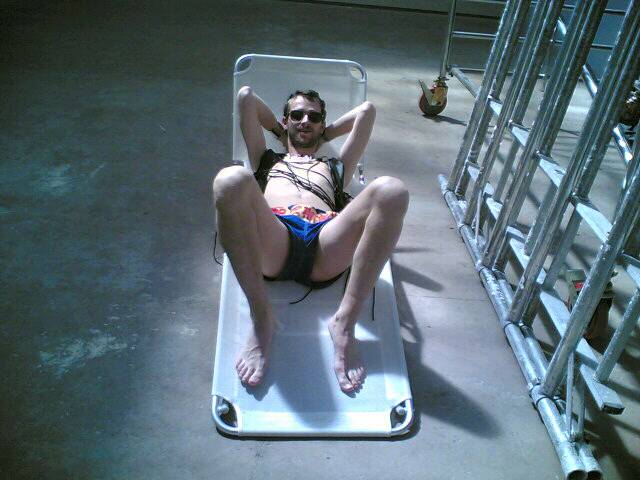 I was at the Villa Noailles this weekend to work on the 2005 edit of last year’s making of the festival and Sebastien Menuier had just arrived to start setting up his installation dedicated to the fans of SM. Today I passed by the Squash Court and found him there.