The photographic pilgrimage worship returned for its 25th-anniversary edition at the Grand Palais Ephémère in Paris. A 3-day flamboyant quest to immerse into a bastion of creativity and (re)discover iconic artists. A time to leave your Bored-Ape-NFT collection aside and let yourself be subjugated by substantial art collections.

Last weekend, 183 exhibitors from 31 countries gathered under the Eiffel Tower for a photographic interlude. Despite the usual stunt from a few art galleries that didn’t spare us from excessively exhibiting their redundant lifetime acquisitions of Marylin Monroe portraits, this edition of the Paris Photo fair was resolutely eclectic and vibrant.

The celebration of artistic femininity was at the core of the visual composition of the art fair. Praise the lord. Curator and writer Federica Chiocchetti revived the 5th edition of the Elles x Paris Photo fair path, a program advocating for women artists’ visibility and achievements. To spice it up, guest of honor Rossy de Palma, multidisciplinary artist, actress, and muse, left her footprint under her very personal selection of artworks.

This year, vernacular photography – made without artistic intent – is sublimated in all forms. I know you’re thinking of these old photographs you tossed away in the garbage two days ago. It’s gone; don’t bother. The reinterpretations of photographs by artists massively attracted collectors and, of a greater concern, the Leica conglomerate, a group of art aficionados who solely desire to flex their 5-grand-no zoom-included M-A camera.

In spite of the lyrical “pop” from the Ruinart Lounge upstairs, which undeniably resembled a Puff Diddy video clip, I managed to remain professional. One glass at a time.

This year’s curation unveiled transcendent artworks conveying a certain aura and memories – A work captured by protagonists who are not afraid of their convictions, shaking up morals, aesthetics, and beliefs. Six artists have re-enchanted my vision of art.

As one of the most prominent Hungarian feminist artists on the international scene, Drozdik immerses visitors into the depth of a biased reality challenged by her unique persona. A retrospective through conceptual art carrying her unique living heritage – an open-heart poem honoring women.

In her series “Gentlemen’s Club,” photographer Cristina de Middel explores the ambivalence of prostitution. In 2015, she placed an advert in a newspaper in Rio de Janeiro to reach a better visual balance in the representation of sex work through the lens of clients. Each portrait unfolds an introspection into the mystique of masculinity.

A mad crush for Finnish artist Milja Laurila who revived the sordid binary and hierarchical gender division predominant at the beginning of the 20th century. An echo to women objectification that still prevails today. “How does it feel to be looked at?” wonders Milja.

Cuban Outsider artist Jorge Alberto Cadi forged his path into a whimsical and peculiar genre, fueling a worn-out misapprehension of conceptual art – destructuring our idealization of aestheticism. Cadi, who also suffers from schizophrenia, wanders around the street of Havana (re)collecting forgotten memories and transposing them into his tortured world.

Symbol of the anti-political correctness at the apotheosis of Berlin’s creative decadence, Josefsohn challenged our customary visual expectations. Skilfully blurring lines between irony, empathy, and provocation, he captured the essence of subcultures. The Storm Trooper series reflects on the contrast of visual language – a metaphor for social alienation. 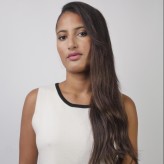