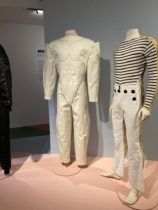 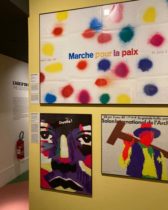 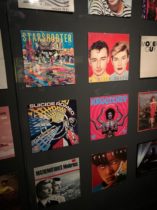 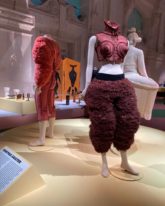 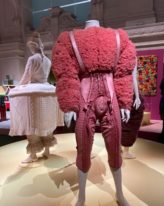 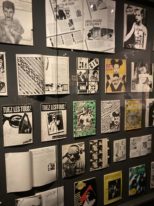 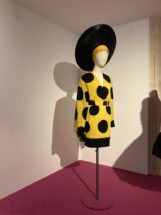 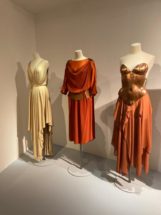 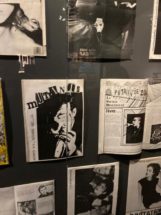 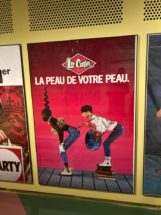 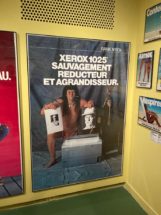 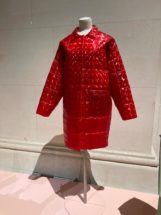 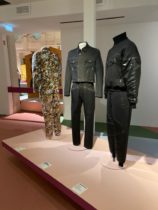 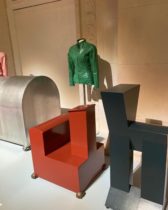 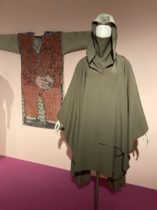 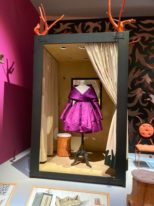 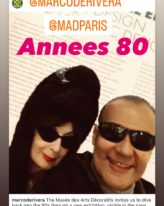 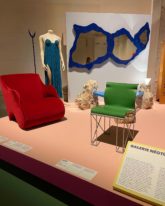 October 13th the Annees 80 Exhibition opens at MAD and it is up till April 16, 2022. My friend Marco de Rivera and I enjoyed the nostalgia of it. The curator of the fashion section of the exhibition is Mathilde Le Corre, we had a chat and I asked her what was her biggest discovery while putting together her curation and she said it was the fact that there was no definite line that all the work followed, different houses had different approaches to their work be it in fashion, graphics, furniture, design and photography. The 80’s were great but as you can see in the graphics it was also a nightmare with the emergence of AIDS and all the deaths of so many outstanding creatives. We know it because we lived through it. Some of the fashion is timeless while other pieces are frozen in that particular time.

The exhibition takes you through the election of Francois Mitterrand in 1981 to the fall of the Berlin wall in 1989. This period in France was considered both a political watershed and an artistic turning point in the fields of fashion, design and graphic arts, where postmodernism opens up all artistic possibilities.

Annees 80, Mode, design and graphisme in France brings together over 700 artworks including objects, furniture, fashion designs, posters, photographs, videos, album covers and fanzines which retrace the decade which the curator, Mathilde Le Corre, called eclectic. There was a total freedom of expression. It went from new wave to post-punk and hip-hop, it was a time of a legendary nightlife that I do not believe exists in Paris of today. The exhibition scenography is the work of designer Adrien Rovero.

The three themes of the Annees 80 reflect the merging of ideas and forms specific to the decade: it was a new era for politics, culture, design and the “look” of the eighties which is a bit of a contradiction to what I said earlier in this post….