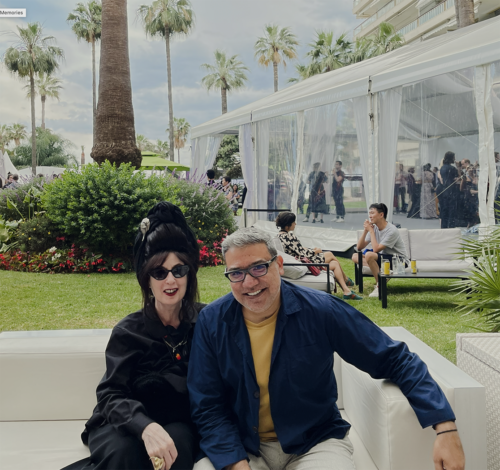 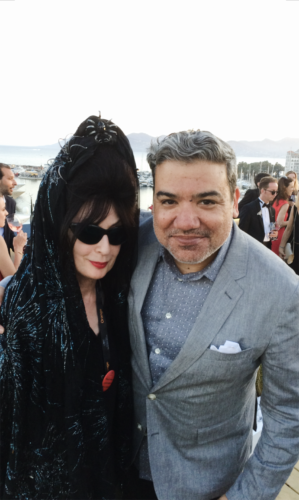 I just heard such exciting news about my friend, who shares the same October 8 birthday…has just been named the new festival director of SUNDANCE. Eugene  co-founded Indie Wire and has been the executive director of the New York Film Festival.

Eugene’s first Sundance under his direction will be in 2024 for the festival’s 40th anniversary.

From the article in IndieWire:

“It’s a full-circle moment as Eugene has been inextricably connected to Sundance for more than 25 years, ever since he came to the Festival in the mid-1990s to build IndieWire, an online community for indie film. He’s been at the forefront of supporting independent artists and deeply invested in the careers of storytellers and the field as a whole,” Vicente said. “I am thrilled that he will be the next Festival Director and that he is joining the Institute’s leadership team.”

Sundance Institute founder Robert Redford said, “For almost three decades, Eugene has been working on a parallel path with many of the same values and objectives in mind. I’m so pleased to have him serve as our new Festival Director, helping to support a new generation of artists, and taking us into the next decade of Sundance’s story.” “Everyone at IndieWire is so proud of Eugene’s achievements and truly excited for his next step,” said IndieWire Senior VP and Editor-In-Chief Dana Harris-Bridson, who joined the publication shortly after Hernandez joined Film at Lincoln Center. “He is and will continue to be an exceptional leader.”

Hernandez said, “Sundance’s decades of leadership, championing artistic discovery and independent expression, was a landmark catalyst in my life. Nearly 30 years ago, looking for direction and curious, I went to the Sundance Film Festival for the first time. I immediately connected with its mission, and it changed my life. I’m both energized and humbled to accept this opportunity to join Sundance. Supporting artists has been at the center of my career’s work, and for the last 12 years, I’ve had the privilege of growing and learning at Film at Lincoln Center and the New York Film Festival. I’m ready for this inspiring challenge and unique opportunity to engage artists and audiences at Sundance, work with its best-in-the-business team, and follow in the footsteps of exceptional leaders.”

Hernandez will depart FLC after this year’s NYFF, which takes place September 30-October 16. Hernandez joined Film at Lincoln Center in 2010 as the digital strategy director until 2014 when he was promoted to deputy director. He was promoted to senior VP in 2020.

Before joining the FLC, Hernandez was the co-founder and Editor-in-Chief of IndieWire, which he helped build into the leading editorial industry and audience publication for independent film. He is a member-at-large of the Academy of Motion Picture Arts and Sciences and serves on the board of advisors for SXSW, SeriesFest, and Art House Convergence.

Lesli Klainberg, president at Film at Lincoln Center said “When I first became Executive Director of Film at Lincoln Center, I moved Eugene from his role as Director of Digital Strategy to the newly created position of Deputy Director and for the last 10 years we have worked together to shape the organization into a vibrant year-round home of film culture. He leaned into our mission with the creation of our Academy programs to address diversity and industry access, worked with the NYFF team to innovate, streamline and adapt the Festival, and stewarded the digital transformation of Film Comment. Eugene will be greatly missed but on behalf of the staff and Board of Film at Lincoln Center, I warmly congratulate him and look forward to seeing where he takes this exciting new role.”

I’m so excited for him.