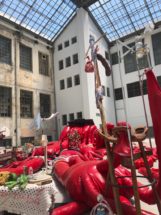 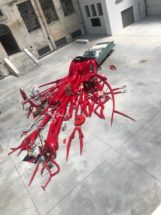 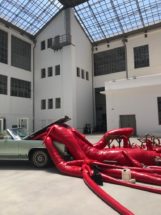 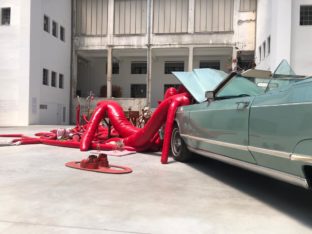 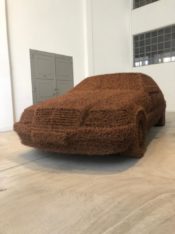 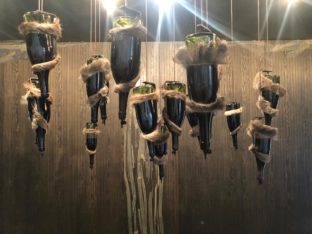 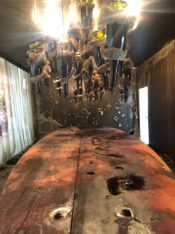 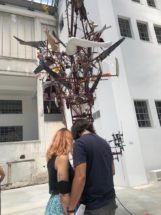 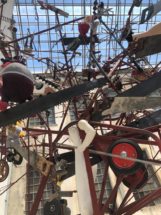 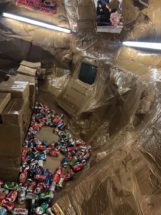 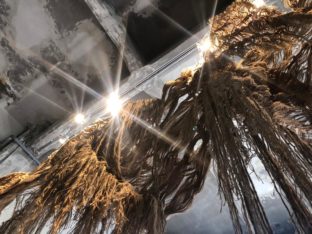 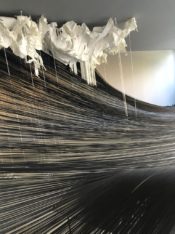 For the second consecutive year, Greek organization NEON collaborates with the Hellenic Parliament bringing together both Greek and international artists.

John Bock’s tentacle sculpture sprawls out of a lincoln convertible at ‘dream on’ exhibition. Artists were brought together by NEON. The curator for the project of numerous large-scale pieces is Dimitris Paleocrassas. Other artists include Paul McCarthy’s Tomato-Head sculpture, Thomas Hirschhorn’s cave constructed of tape, cardboard, books, posters and cans. ‘Greetings from the Gutter’ is by Damien Hirst made out of gas cylinders.