Designer Jun Takahashi presented the latest men’s spring/summer23 collection for Undercover, titled “The Dark Side of the Bright Side”. A lover of underground cultures, music and film, for this season Takahashi paid tribute to the iconic English rock band Pink Floyd.

The collection revolved around the historic album covers and graphic works of the band which were printed on a black bomber jacket, black buttoned shirts, t-shirts and as back pieces for the outerwear looks, citing the “The Dark Side of the Moon” “Wish You Were Here” albums from 1973 and 1975 respectively. Other eye-catching looks included jacket, shirt and trousers ensembles in matching prints, referencing the band’s “Animals” album from 1977.

As for the rest of the collection, shirts featured lyrics from the songs “Vitamin C” and “Mother Sky” by the German experimental rock band CAN, tops came with multiple sleeves accessorised with skinny ties and plaid patterns were used to create overlaid looks on cardigans and light outerwear jackets, styled with ripped black jeans.

The season was a move towards everyday pieces with less tailoring, an exploration of the men’s wardrobe where the ordinary was fused with the rebellious, punk attitude of Undercover. 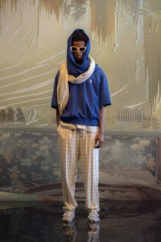 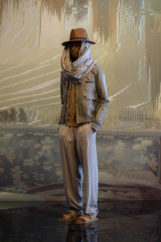 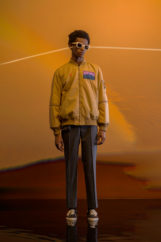 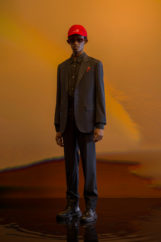 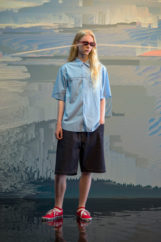 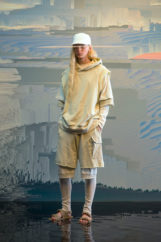 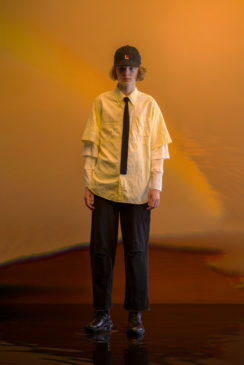 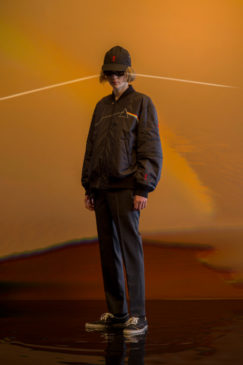