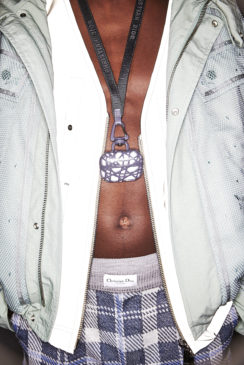 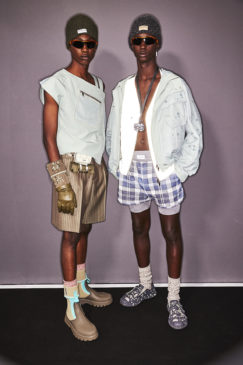 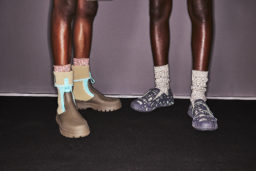 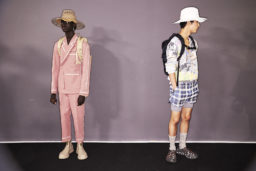 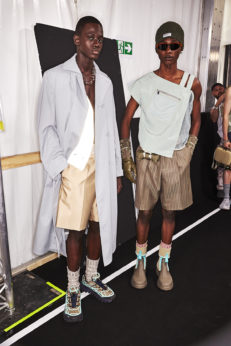 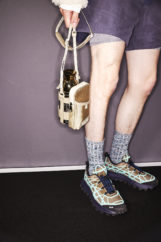 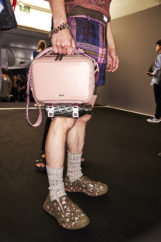 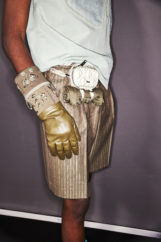 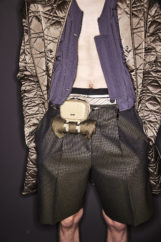 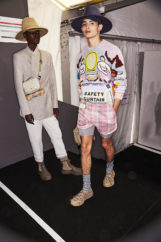 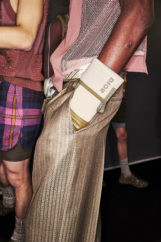 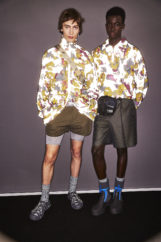 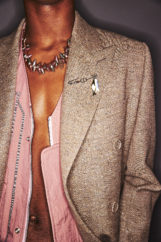 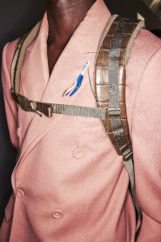 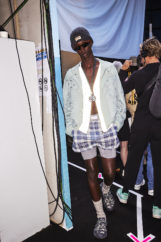 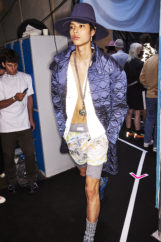 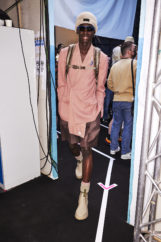 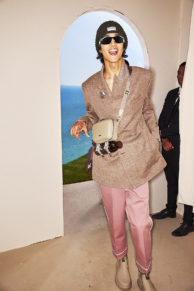 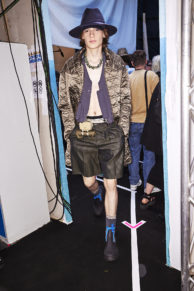 On entering guests were greeted by a garden full of flowers. On one side of the garden was the house of Mr. Christian Dior and on the other the one owned by Kim Jones.  Christian Dior’s in Granville in Normandy and the other was Kim’s house in Sussex. The soundscape included the voice of Mr. Christian Dior before the music came on ‘You can find me in the garden if you want me, unless it is pouring down with rain. In the mood the models walked through the meadows in sublime tailored suits, double layer shorts, a sweater inspired by the art work of Duncan Grant, a painting owned by Kim. Accessories were outstanding, a plethora of bags in all sizes and shapes, shoes, elegantly crafted hats for gardening. It was all light and romantic, nostalgic but modern. Watch the film below.

Keeping to the mood guests were given the new fragrance, Granville and it smells delicious, Dior’s garden in a bottle.