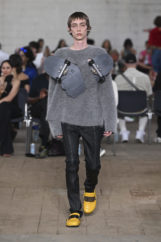 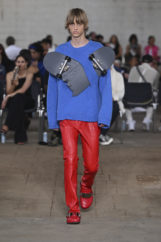 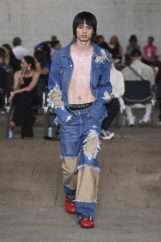 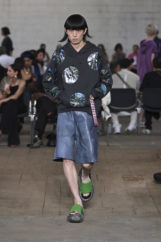 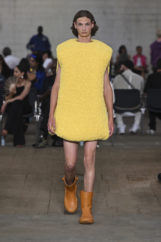 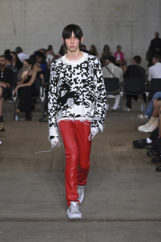 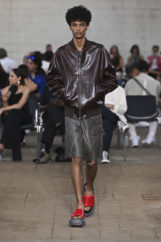 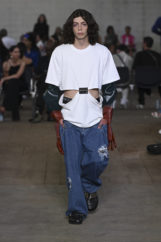 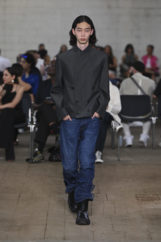 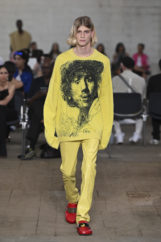 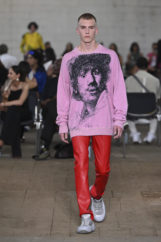 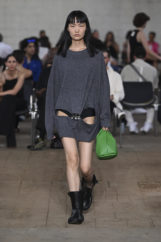 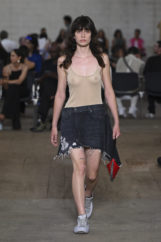 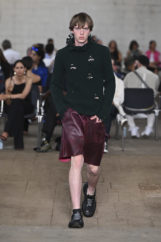 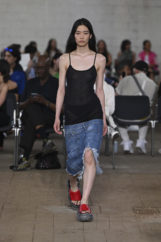 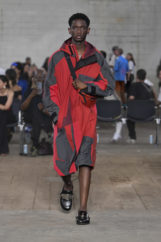 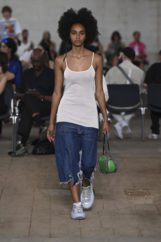 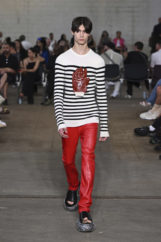 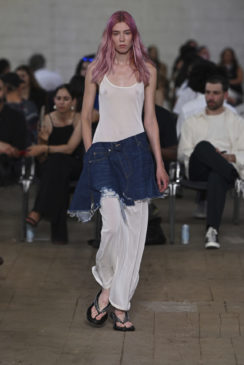 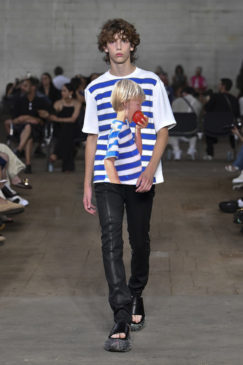 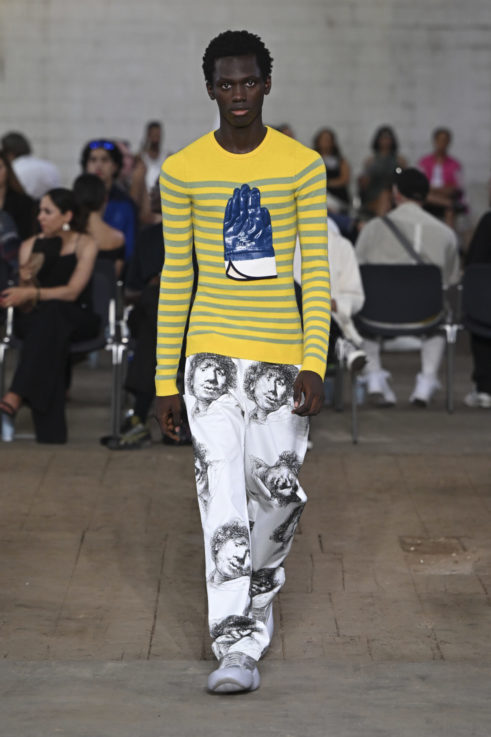 J. W. Anderson made his Italian debut in a ruined factory in east Milan. He had been inspired by a book he read as a student at Central Saint Martins, The Pitchfork Disney by Philip Ridley. The book dealt with themes like East London, storytelling, violence, nostalgia, fantastical monologues and a mix of the savage and beautiful, apparently the words turned into an amusing collection with items like objects integrated into the pieces like metallic can openings, industrial gloves, small disks, hinges and enlarged bar codes. Volumes were shrunken or oversized, on one oversized sweater was a 1630’s self-portrait of Rembrandt.

What did seem obvious was the fact that no doubt J.W. Anderson was having fun. Do you think we will be running into anyone wearing handlebars next spring?