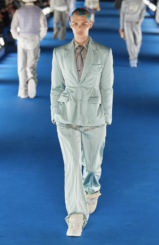 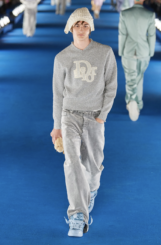 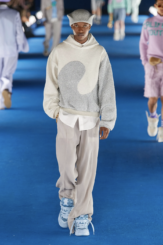 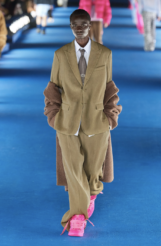 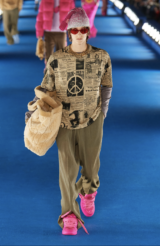 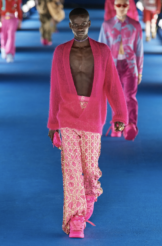 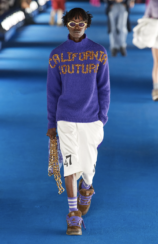 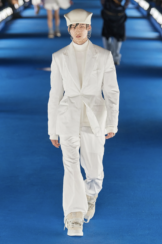 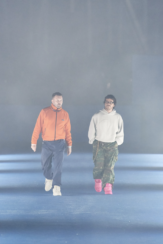 Dior’s artistic director, Kim Jones collaborated this season with California designer, Eli Russell Linnetz aka ERL. The Dior show took place in the Venice district in the area close to the California designer, Eli’s studio. The show setting was ocean blue with a few neon palm trees . 600 guests were invited and if you owned Oculus helmets you too could enjoy the Dior show broadcast from the Horizon Venues platform.

Eli was born in 1991 and it was at that point that the research through the Dior archives began. Gianfranco Ferré  designed for Dior between 1989 and 1996 and his influence could be felt however reimagined for now and into the future.