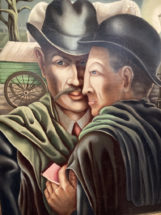 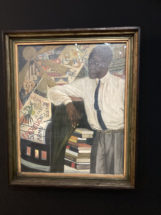 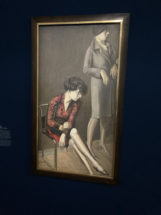 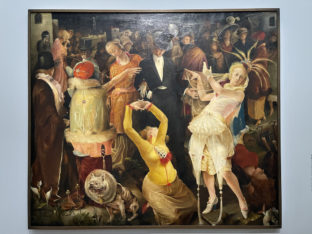 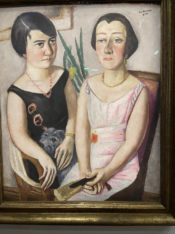 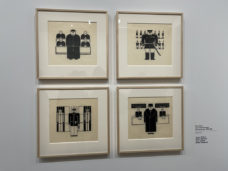 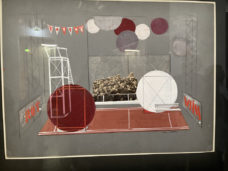 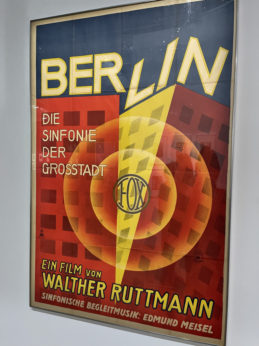 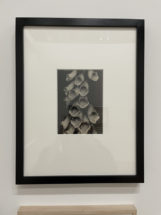 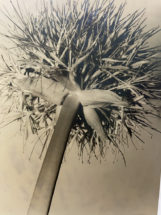 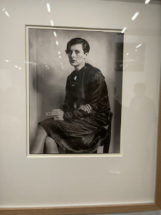 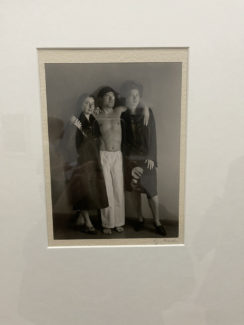 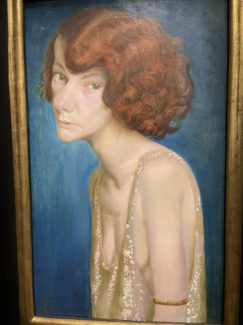 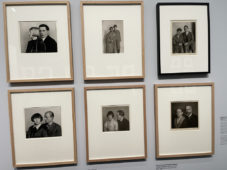 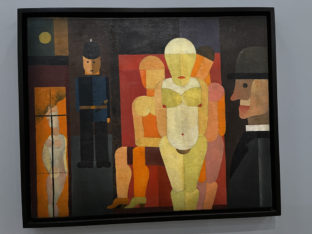 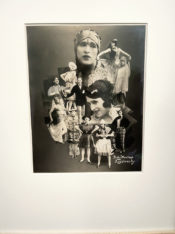 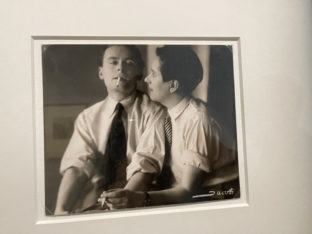 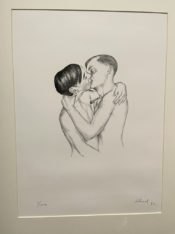 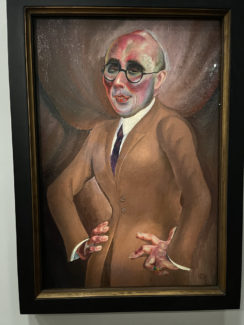 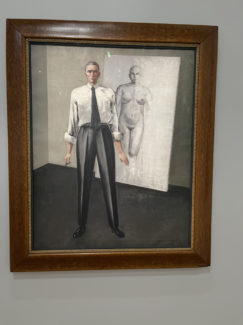 I was happy to attend the opening of the Germany/1920s/New Objectivity/August Sander exhibition that will be at the Centre Pompidou until September 5th. It presents two different but overlapping narratives of German modernity during the Weimar Republic (1918-1933). The exhibition traces the origins and development of the Neue Sachlichkeit (New Objectivity) movement, which began with the introduction of standardised and normalised types into the art of the 1920s.

The first part is an overview in France of the New Objectivity movement from a multidisciplinary perspective, the second presents Menshen des 20 Jahrhunderts (People of the 20th Century), the magnum opus of photographer August Sander (1876-1964). The exhibition focuses on the period between 1925-1929 and highlights all the ambivalence of a society torn between a fascination with rationalisation and apprehension of an alienating de-individualisation, the subversion of gender norms and defence of the established order. It sets out to analyse the spirit of the time in a German society undergoing rapid change in the social, political and media spheres.

August Sander’s People of the 20th Century is reflected throughout the exhibition in the same way it reflected the society of its time. The project was an attempt to categorise an entire society and present the archetypal figures of 1920s Germany. Many of the works have never been seen before.

New Objectivity – The four devastating years of World War 1, which ended in defeat for Germany, led to a general sense of disillusionment among the people. Abandoning the visionary, spiritual and psychological aesthetics of Expressionism, the disabused artists turned to reality. After World War 1 women joined the labour market and obtained the right to vote in 1918. From 1924 onwards, the injection of American capital ushered in a period of relative economic stabilisation, but many Germans remained excluded from the benefits of growth. Artists who were members of the Communist Party depicted labourers, the unemployed and beggars, driven by a desire to represent the underside of triumphant capitalism.

August Sander was born in 1876 into a mining family and became a pioneering figure of photography, applying 19th century practices to 20th century modernity. He was complicit with the revolutionary spirit and his rootedness in the land. Around 1925 Sander began to develop People of the 20th Century, a system of categorisation based on portrait photography with which he aimed to classify German society into seven groups and some forty portfolios. It started with the farmer and the craftsman, continued with different social classes and professions and ended with the city, a model of both progress and decline. When the Nazis came to power in 1933 and his son Erich was arrested in 1934, August Sander was forced to abandon the project. Only after 1945 he noted ideas for portfolios of perpetrations and victims of Nazism but unfortunately never finished his ambitious work. The book Antlitz der Zeit  (Face of Our Time) published in 1929 is the only source of reference. Sander was looking for social types, only to find individuals. On the one hand, he assigned their photographs a specific place and a role within his architecture of society. It is without doubt a seminal work in the history of photography, combining self-representation and determination.

It presents all the artistic fields explored by this movement: sculpture, architecture, literature, theatre, the press, cinema and music, and in particular the major paintings of Otto Dix, George Grosz, and Christian Schad. Photography is developed in a specific focus on August Sander.