Having built his brand on his lifetime passion for reading, designer Louis Gabriel Nouchi presents his visual perspective on the visions of the writers he reads with each collection. For the fall winter 22 menswear season, the designer finds his inspiration in “Artificial Paradise” published in 1860 by French poet Charles Baudelaire, a book which depicts the hallucinations and dreamlike visions one sees under influence.

Using the book as his starting point, the collection reflects on nightclubs, as a form of escapism from everyday life… where one can act out their fantasies, pretend to be someone else for a little while and find new communities to be part of. Now forbidden due to the pandemic, this season comes as a “memory of an end of a nightclub outing, when you leave the place sweating, grabbing your huge coat to catch a taxi”.

The line-up is a mixture of indoor and outdoor clothing, a variation of tuxedo jackets, dressing gowns and body suits, fused together to give the comfort of loungewear. Shirts, jackets, underwear and jersey pieces carry the brand’s signature minimalist slits, while coats, jackets and trousers bear side cut-outs to give freedom of movement for the wearer. To decorate the lineup and give a touch of colour, opium poppies and marble prints are twisted and extended in various forms, creating psychedelic patterns. For the first time this season, the brand also launches swimwear which will arrive in stores in April, hinting an escape from the nightclubs to the beaches. 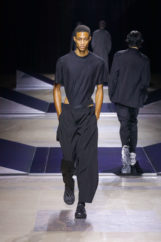 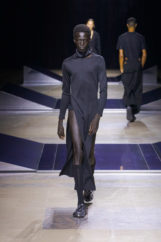 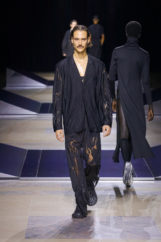 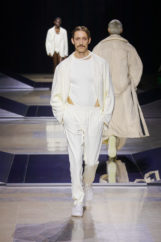 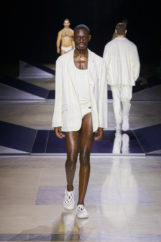 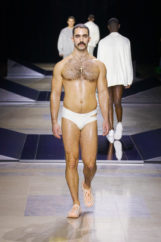 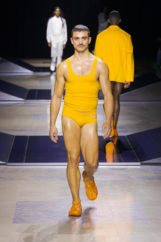 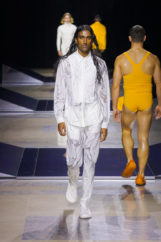 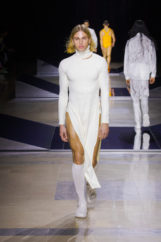 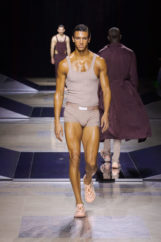 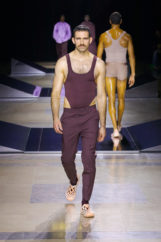 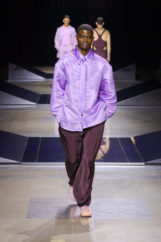 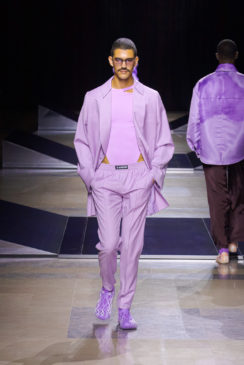 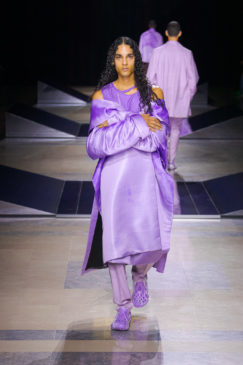