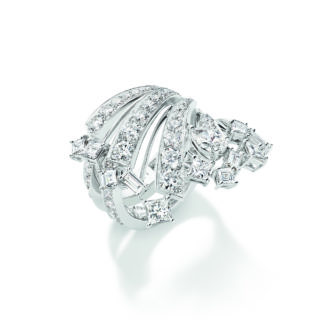 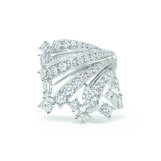 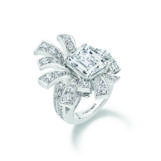 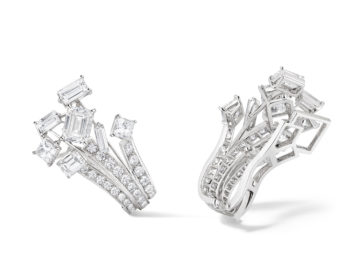 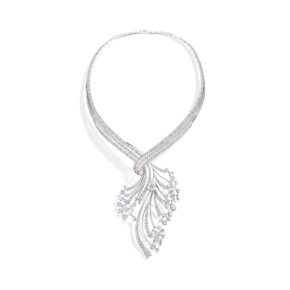 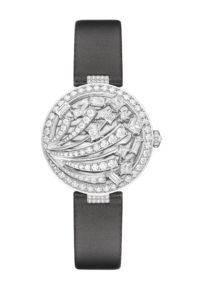 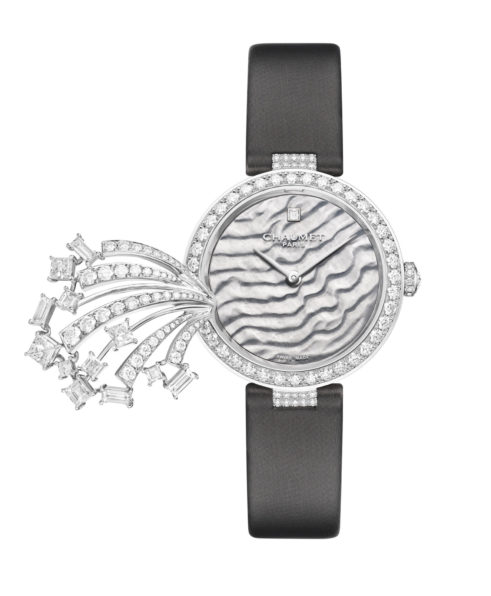 When you enter the Maison Chaumet you find yourself in an installation which is a re-creation of  crashing waves along the shoreline. The mood is set for the season’s highlighted eight new creations all inspired by the force of water which results in waves.  Déferlante concentrates on signatures of the Maison Chaumet with transformable diamonds in the form of waves. One creation is a bracelet with diamond waves that slides open to reveal a very discreet watch.   Close your eyes and imagine that you are like a diamond, but a diamond that is surfing the waves. One necklaces is animated by streams of diamonds catching the light glistening on the ocean. The collection proposes drops, waves or a waterfall of diamonds and one striking ring holds a single diamond of 6,05 carats surrounded by a burst of diamond waves and square cut diamonds falling like glistening drops.