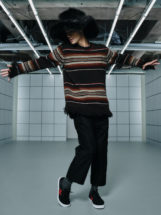 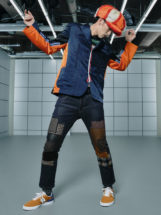 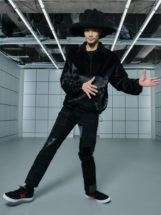 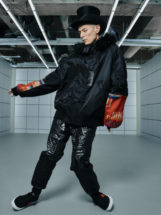 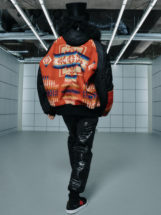 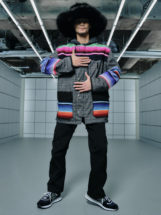 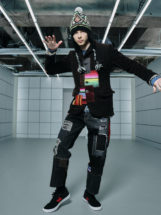 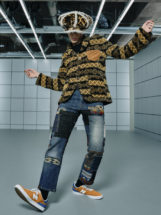 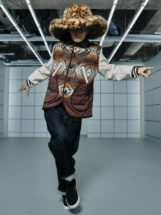 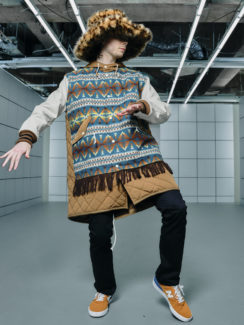 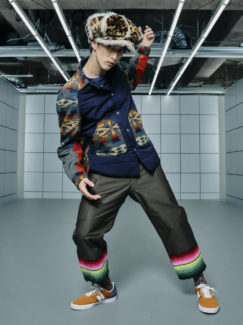 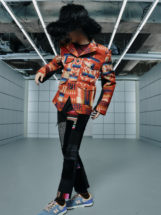 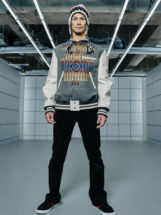 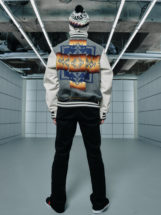 Of course it would have been great to have witnessed this in person but the energy and the joy both in the creation of the collection and the presentation just broke through the barriers and filled you with immense joy.

Remixing the fashion style of Jay Kay This collection is created in association with Jay Kay of Jamiroquai. The name Jamiroquai is derived from the combination of a jam session and the name of a Native American tribe, the Iroquois.

Jay Kay founded Jamiroquai in 1992, establishing his music as well as his own fashion style showing appreciation not only for the Iroquois but also the various indigenous cultures of the world. “Virtual Insanity” was released by Jamiroquai in 1996 and is a representative song of acid jazz, which is also popular in Japan. Junya Watanabe man’s collection movie is a set that reproduces the novel MV of Virtual Insanity, which has not faded even after more than 25 years, and is homage to the dance and camera work reminiscent of a moving floor.

In order to realise some of their ideas, they invited participation of The Secretariat of Culture of Mexico as well as the renowned Pendleton Woolen Mills. Pendleton’s colourful original patterns and traditional Mexican textile sarape are abundantly incorporated by methods such as docking and patchwork. “Levi’s” and “Carhartt”, which Watanabe has collaborated with in the past, have a unique design in which the overalls are docked not only on the bottoms but also on the back of the trench coat. Also, in collaboration with “Karrimor”, they announced outerwear that incorporates a checkered pattern in the back style.