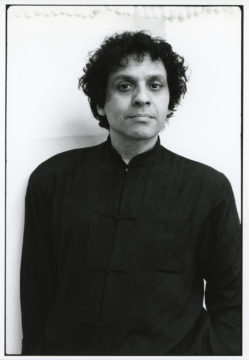 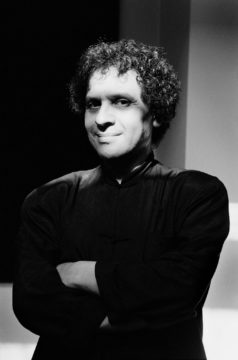 Several years before the death of Azzedine he had conceived of an exhibition analysing his years of apprenticeship that led up to his leaving Tunis for Paris in the 1950’s. “Alaïa before Alaïa” is an exhibition  conceived and produced by the foundation to pay homage to those years. Most of the archival documents, photographs and drawings have never been presented prior to this exhibition. To that end a selection of dresses and creations from the late 1970’s onward will be revealed to the public.

“Alaïa before Alaïa” puts a light on the more than twenty years of his youth when more than anything women were his real source of inspiration and education. Azzedine Alaïa perfected his technique through contact with a group of women, who were in turn protectors, supporters and privileged clients even before becoming the inspiration of his work. The name of this secret and benevolent assembly of women includes his sister Hafida, for whom he did odd jobs at the school in Tunis, his lifelong friend Latifa Ben Abdallah, Madame Pinault, a midwife whom he escorted and who confirmed his vocation as a sculptor and then as a fashion designer before going to Paris in 1956. Armed with the advice of one of the figures of Tunisian female emancipation, Habiba Menchari, he met his daughter, Leïla, a model by day at Guy Laroche, an artist in the making.
Simone Zehrfuss, wife of the great architect, and Countess Nicole de Blégiers, who welcomed him to her home and also emancipated the taste of the young Azzedine, opening him up to the arts of his time.

In 1959, he met Christoph von Weyhe. Together they travelled the capital and its museums. The French actress Arletty was a great inspiration to Alaïa, it was from her that he learned the meaning of Parisian casual chic. It was Louise de Vilmorin who introduced him to circles of artists and opened up a whole new world for him. She became his model of influence throughout his life. In addition, there was his great friend Bettina, Rosemarie Le Quellec, Lison Bonfils, Claude Brouet, Nicole Crassat, Dominique Miceli, Melka Tréanton  or Carlyne Cerf de Dudzeele and Carla Sozzani, all were central figures in the orchestration and development of the growth of Azzedine.

Cutting the costumes of the Crazy Horse girls, he made the woman’s body his future. He was known for his mastery with leathers and skins. The
designer Thierry Mugler, with whom Azzedine had a strong friendship, encouraged him all the more. Prosper Assouline and Andrée Putman accompanied him in his development. Gilles Bensimon and Claude Perdriel, benevolent and friends, are among those who witnessed the revelation of his expression. Azzedine is now Alaïa.

In spring 2022, the Azzedine Alaïa Foundation and Rizzoli Editions will publish an illustrated catalogue with documents, texts and interviews directed by journalist Laurence Benaïm, with the participation of  the philosopher Emanuele Coccia, the journalist Alexander Fury and Olivier Saillard, director of the Azzedine Alaïa Foundation, under the artistic direction of Carla Sozzani, president of the Foundation.

The names of all those involved in the exhibition, whether for a day or for a lifetime, are quoted at length in the book published in support of the exhibition: