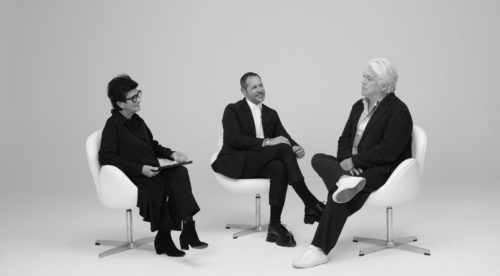 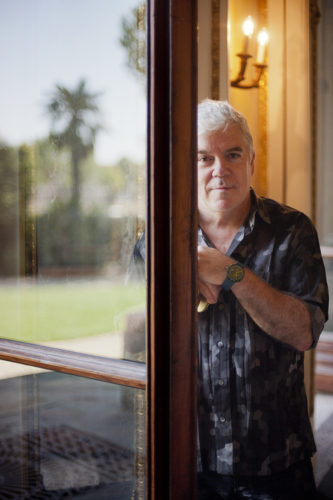 “Who are the new opinion formers?” Tim Blanks, with decades on the front line of fashion, lends his knowledge to a new course ‘Fashion Critique’ at Polimoda. In the video above “In Conversation with Tim Blanks,” Tim Blanks explains his own vision on fashion and contemporary writing, reveals the course’s topics (Culture, Dream, Speed, Opinion, Rebels, Poetry) and outlines his idea of mentorship in a conversation with Polimoda Director Massimiliano Giornetti and Linda Loppa, Advisor of Strategy and Vision.

Tim Blanks, Editor-at-large of The Business of Fashion, is the mentor of the Master in Fashion Critique and Curation. The influential fashion critic offers a sneak peek of his vision and the course’s main topics during an exclusive conversation in London with Massimiliano Giornetti and Linda Loppa. Polimoda will launch the video today.

I met Tim Blanks in the mid-eighties when he was living and working in Toronto and a shop that was selling my clothes put on a show for me and Tim was in the audience sitting next to me.  Tim Blanks has been reporting on the fashion system for over 30 years in 1990  we re-met when he was hosting CBC’s television series Fashion File where I was an assistant to the producer after he left CBC and became the Editor-at-large of Style.com. He has curated numerous books on fashion, like Alexander McQueen: Savage Beauty, New Fashion Photography, Dries Van Noten 1-100, Bottega Veneta. Art of Collaboration and his latest, Versace Catwalk: The Complete Collections. His reviews and features appear regularly in major publications such as Vogue, GQ, Financial Times, Arena Homme Plus, Fantastic Man and Interview. He has been Editor-at-large of The Business of Fashion, one of the most influential and respected editorial platforms in the fashion industry, since 2015.

The Master in Fashion Critique and Curation will teach students how to develop an independent and strong critique on fashion, understand the countless possibilities of storytelling and communication and explore the importance of words. “The written word can be used to (…) express things in a very different way from an image,” notes Blanks. “I know one picture is worth 1,000 words, but if the 1,000 words are fabulous words, you’re still going to want the 1,000 words.” The course also aims at establishing an open conversation with students to explore not only communication but fashion history, criticism and culture. “I think that it is very important to communicate the depth of fashion to the student, to communicate the breadth of it as well, the history, the richness, the personalities.”