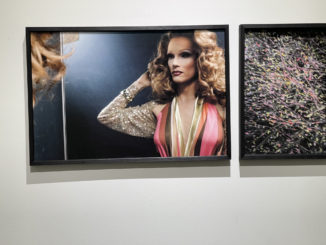 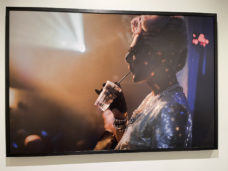 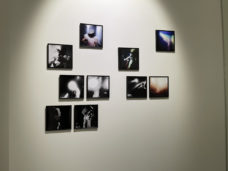 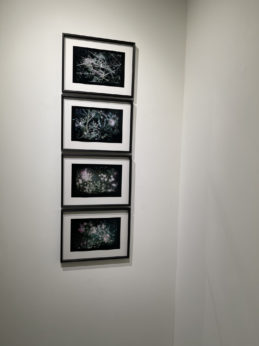 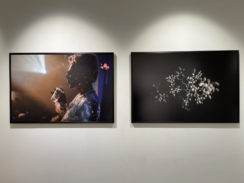 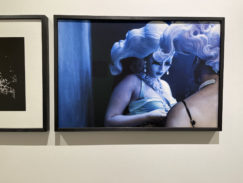 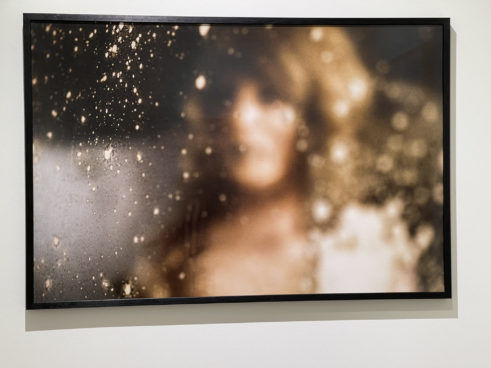 I missed Thursday’s opening of Prisca Lobjoy’s exhibition of drag queens and flowers. Rather than capturing the faces of her subjects she preferred to capture their gestures. Images took place at Madame Claude’s parties over a few years, before COVID. I stopped in front of one of the images and could not figure out if the subject was a mannequin or a human. There was a cold perfection about her. I don’t know if you ever saw the film by Rainer Werner Fassbinder’s Martha? The actress Margit Carstensen who played the lead character in Martha looked very much  like a mannequin too. The images of both the flowers and drag queens were all taken at night hence the name of the exhibition Star** Dust.