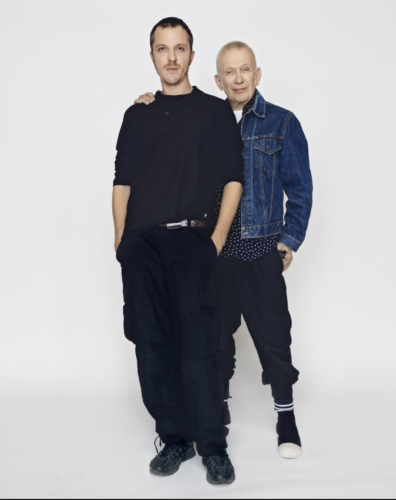 Last season Chitose Abe was the first designer to collaborate on the Jean Paul Gaultier for Haute Couture collection, this season it will be our beloved Glenn Martens. I first met Glenn when he was a model for Demna’s graduation collection at the Royal Academy of Fine Arts in Antwerp. I’ve watched him grow into the designer he now is.

“Glenn Martens has proven that he has the creativity to adapt to the spirit of different ready-to-wear labels and develop his own. I can’t wait to find out in January what he has in store for our Spring/Summer 2022 haute couture line!”

Glenn Martens is the artistic director of both Y/Project and Diesel. The 2022 couture collection will be called “Gaultier Paris by Glenn Martens” and will be shown in the House’s headquarters in January 2022. Glenn Martens started his career at Jean Paul Gaultier after his graduation from the Royal Academy of Fine Arts in Antwerp. This will be Glenn’s first couture collection. This gives him an opportunity to explore his obsessions with materials, embroidery, volume and craftsmanship.

“Couture pieces are not supposed to be experienced on a daily basis. It’s more art than

ready-to-wear, more than clothing. So with Gaultier, I want to celebrate my love for movement and versatility, but with more architectural silhouettes.

This is a time for collectives, for adventure, for the “societal”. Jean Paul Gaultier’s Atelier couture continues to welcome a new designer each season to reinterpret the House’s codes. Dormant after the departure of L’Enfant Terrible in January 2020, the Atelier was reawakened last July under the impetus of its first guest designer, the Japanese Chitose Abe, founder of Sacai. Glenn Martens, 38, is the second talent to take part in the game of musical chairs at Jean Paul Gaultier’s Atelier couture.

“Jean Paul Gaultier has opened so many doors for young designers who are directly or indirectly inspired by his work.

directly or indirectly from his work. It is an almost societal House. The way he celebrates difference, open-mindedness, has helped France and the world to think outside the box. I am proud to be part of it.