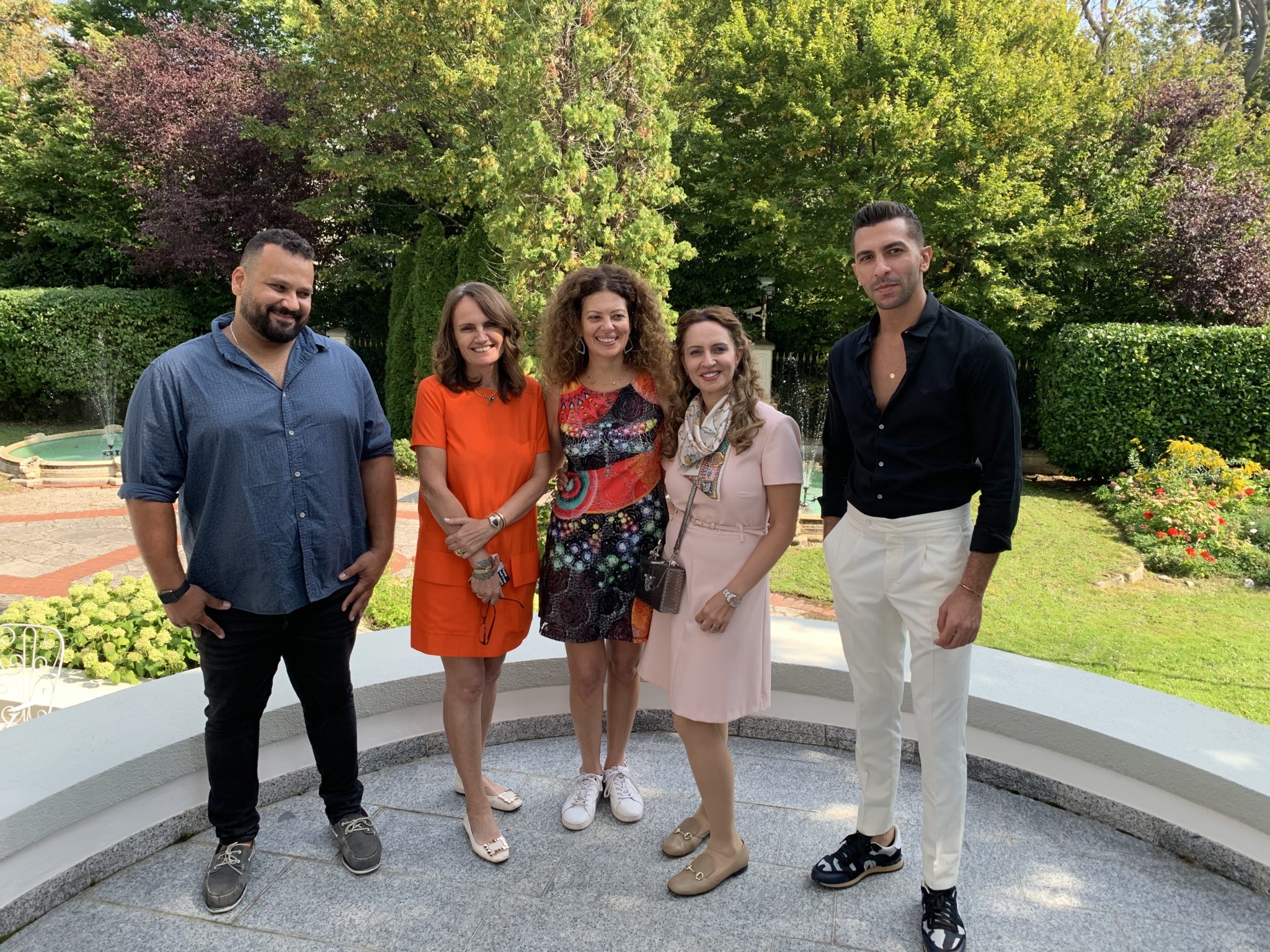 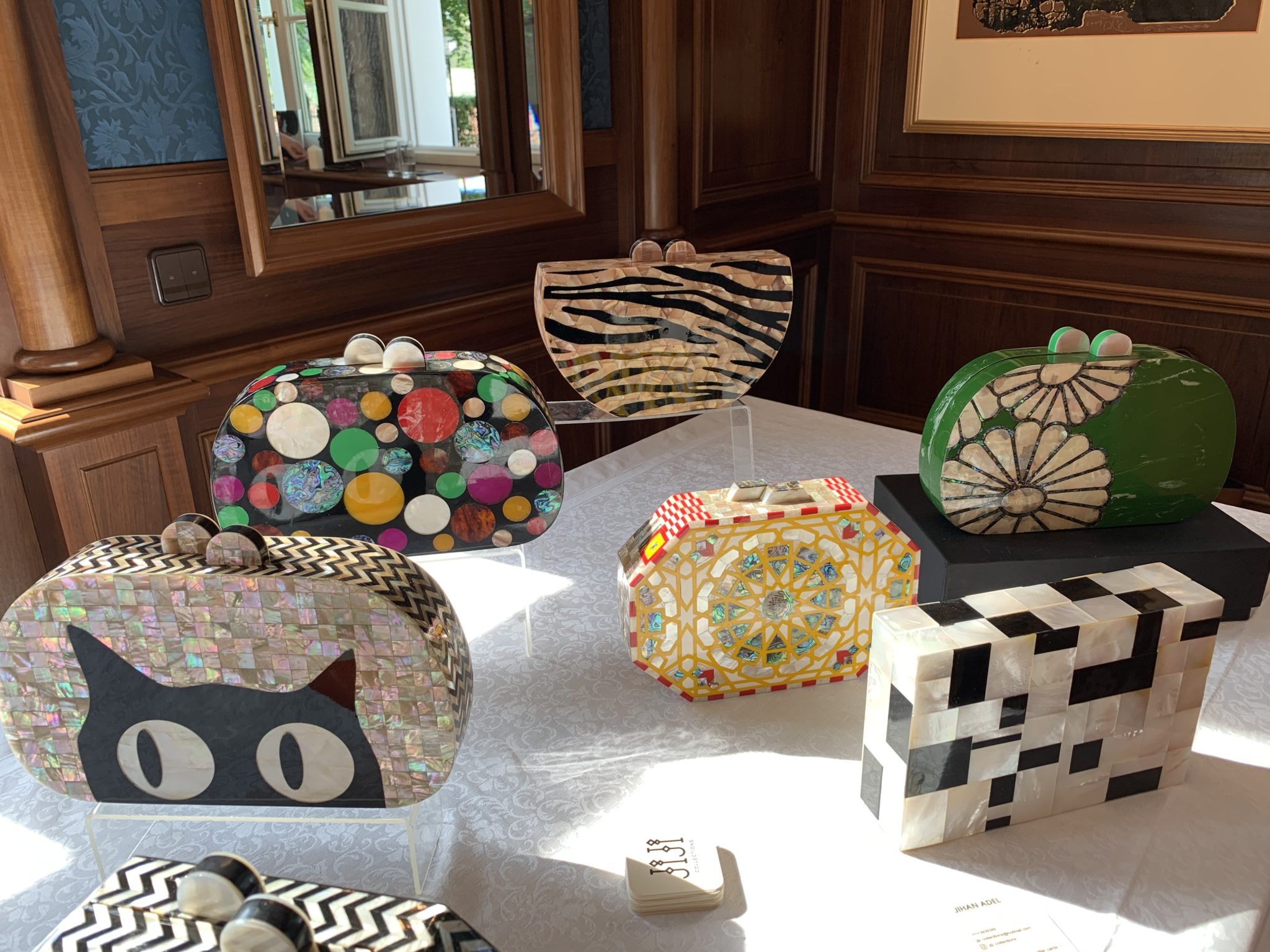 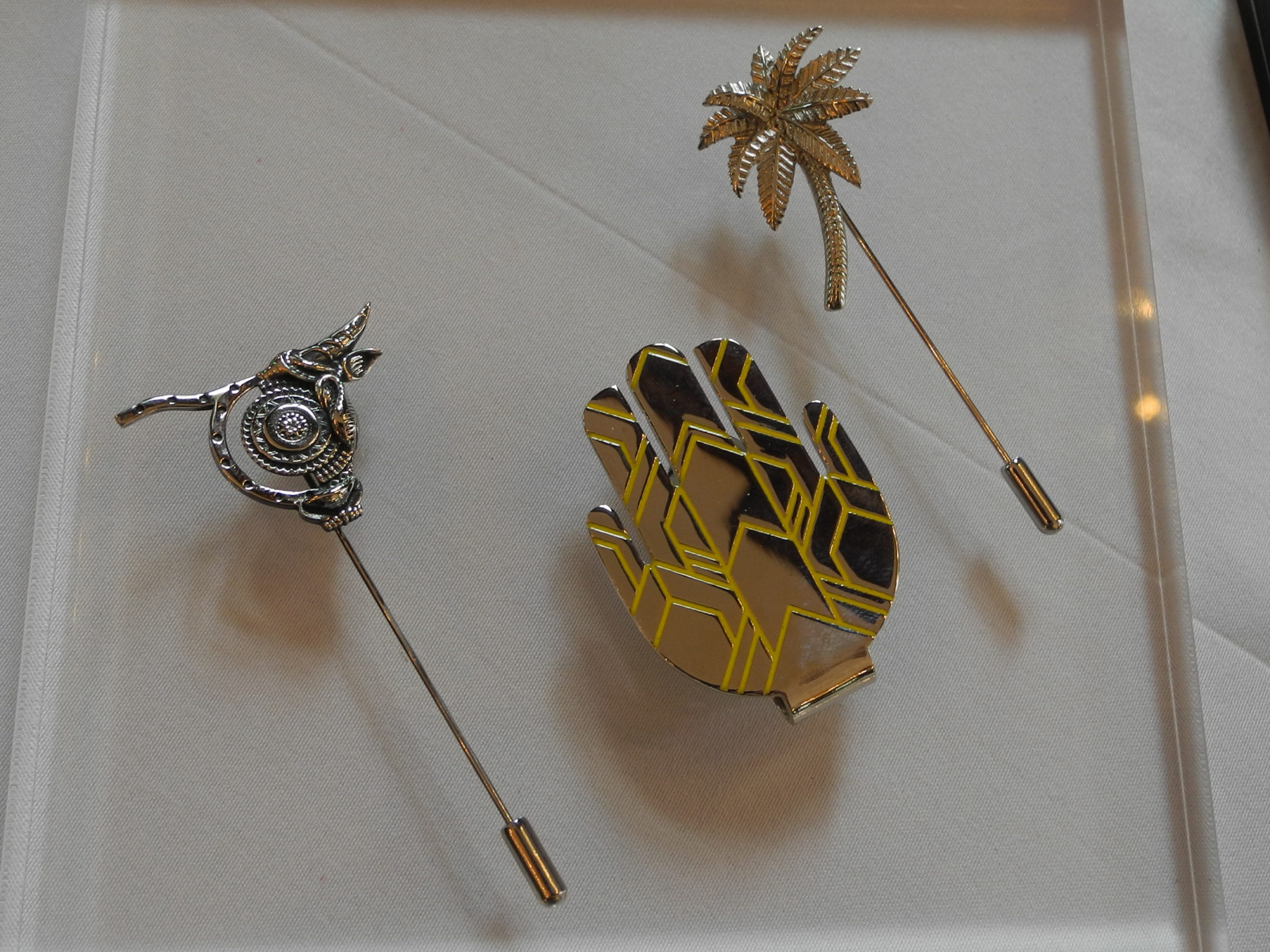 Delta Dawn be damned, I was recently back in Austria after a two-year absence to cover MQ Vienna Fashion Week. As always, the event included both Austrian and international designers, and for this edition we were treated to designs flown in from Egypt, as well as the designers who were able to to travel from Cairo. (It was their first time in Vienna—exciting!) The champagne brunch presentation was held at the Embassy of the Arab Republic of Egypt in a lovely, leafy area of Vienna.

Susan Sabet, founder of the Cairo-based fashion magazine Pashion, curated this selection and, significantly, it was only the third time a collective of designers representing Egypt has participated in an international fashion week. 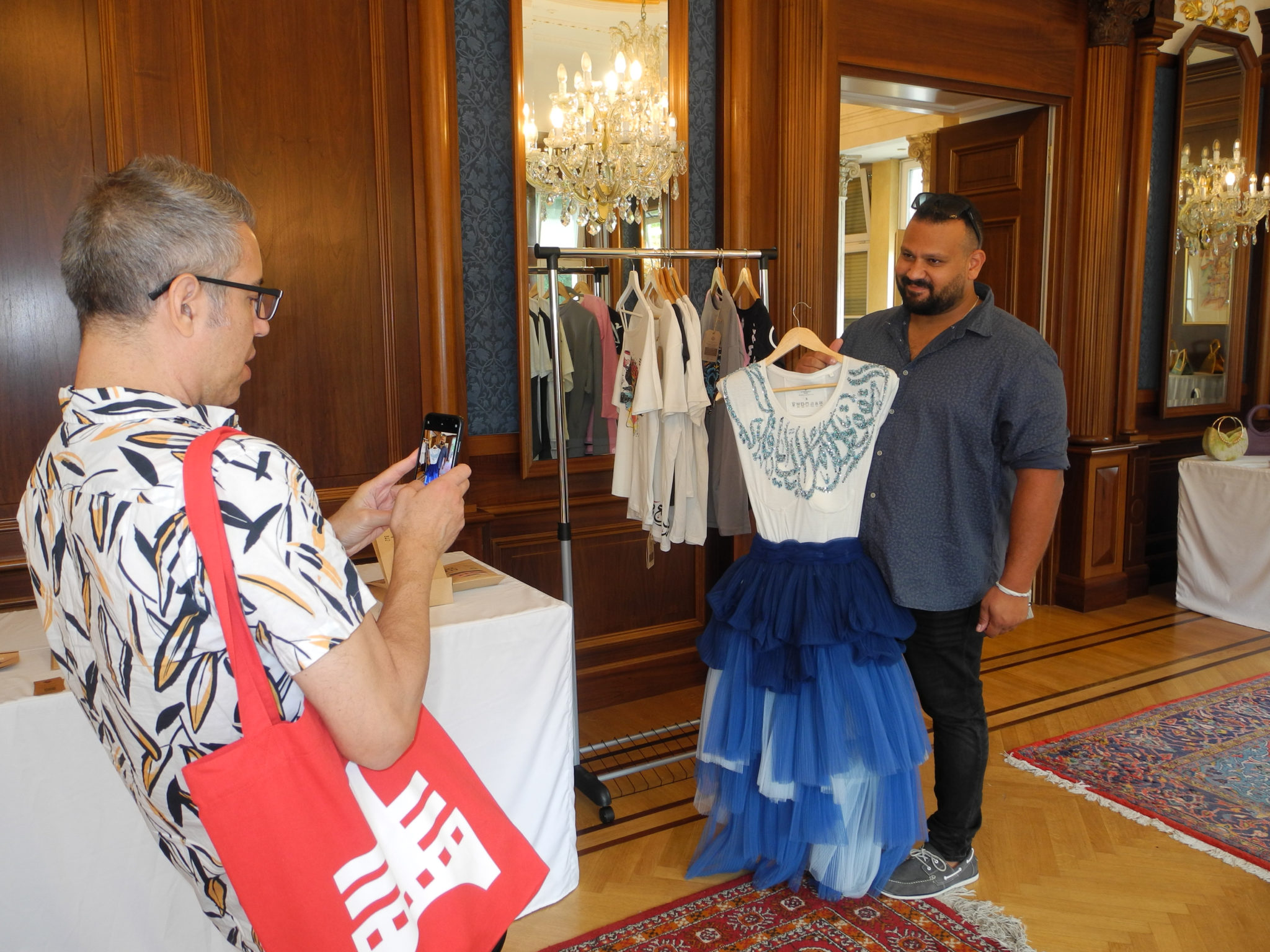 Me hard at work photographing designer Ali El Nawawi of the brand Scarabaeus Sacer. The dress—a collaboration with Maison Saedi—features a tulle skirt made entirely of upcycled PET plastic bottles.

The name of the brand might be a tongue twister (it’s the Latin name for the ancient Egyptian scarab beetle), but the sustainability analogy is clear: The scarab is a symbol of rebirth and resurrection. “Our brand aims to invoke revival and rebirth of the fashion industry,” says designer Ali El Nawawi. “Specifically, what is to be ethical, sustainable and eco-friendly.”

Established in 2018, Scarabaeus Sacer produces t-shirts made from 100% organic Egyptian cotton, which is considered the finest cotton in the world for its super-soft texture, and lightweight, breathable qualities. All of the brand’s designs are produced through certified Global Organic Textile Standards. 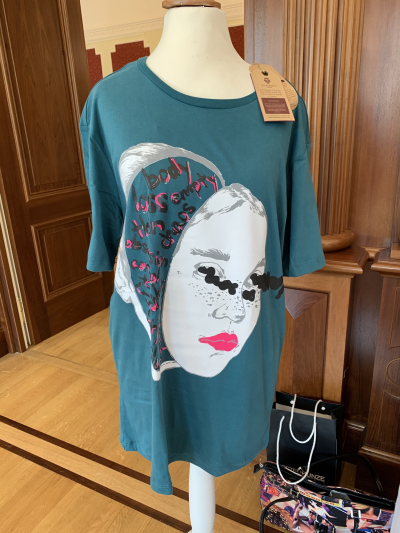 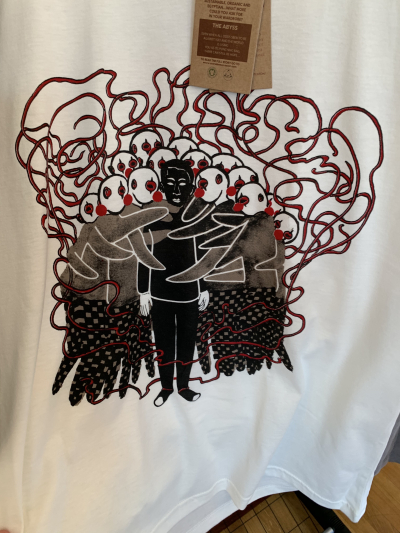 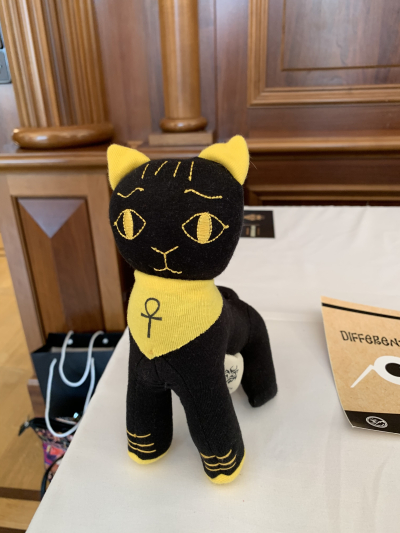 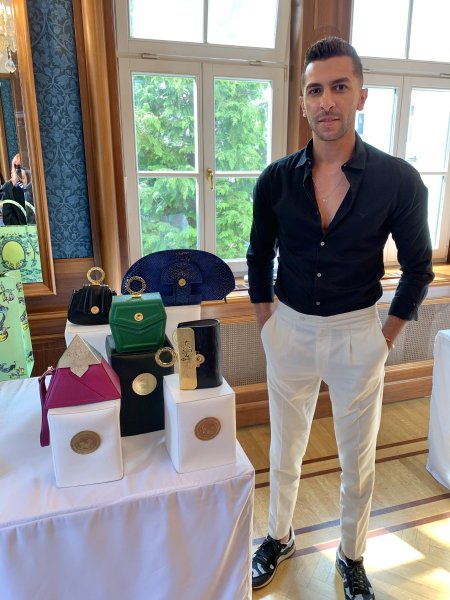 Designer Ahmed Azzam with bags from his brand Zaam

Self-taught designer Ahmed Azzam launched Zaam in 2012. His luxe leather bags have a touch of vintage appeal and are all handmade in his workshop in Cairo. (We especially love the attention-grabbing pyramid purse, which can double as a sculpture in your home when it’s not being used to accessorize your nights out on the town.)

Azzam received an award for Egypt’s Best Bag Designer of the Year in 2015. He sells his designs in Egypt, UAE, Korea and online (with worldwide delivery). 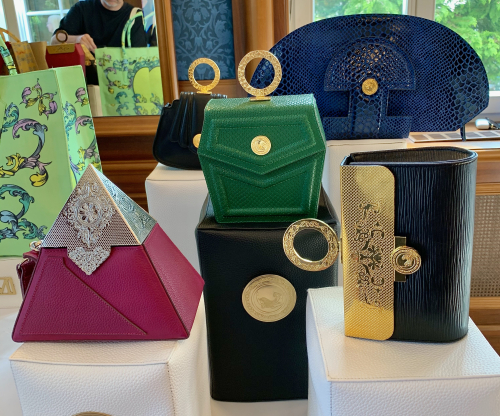 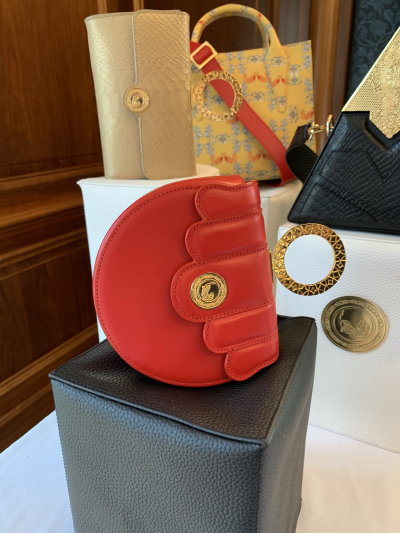 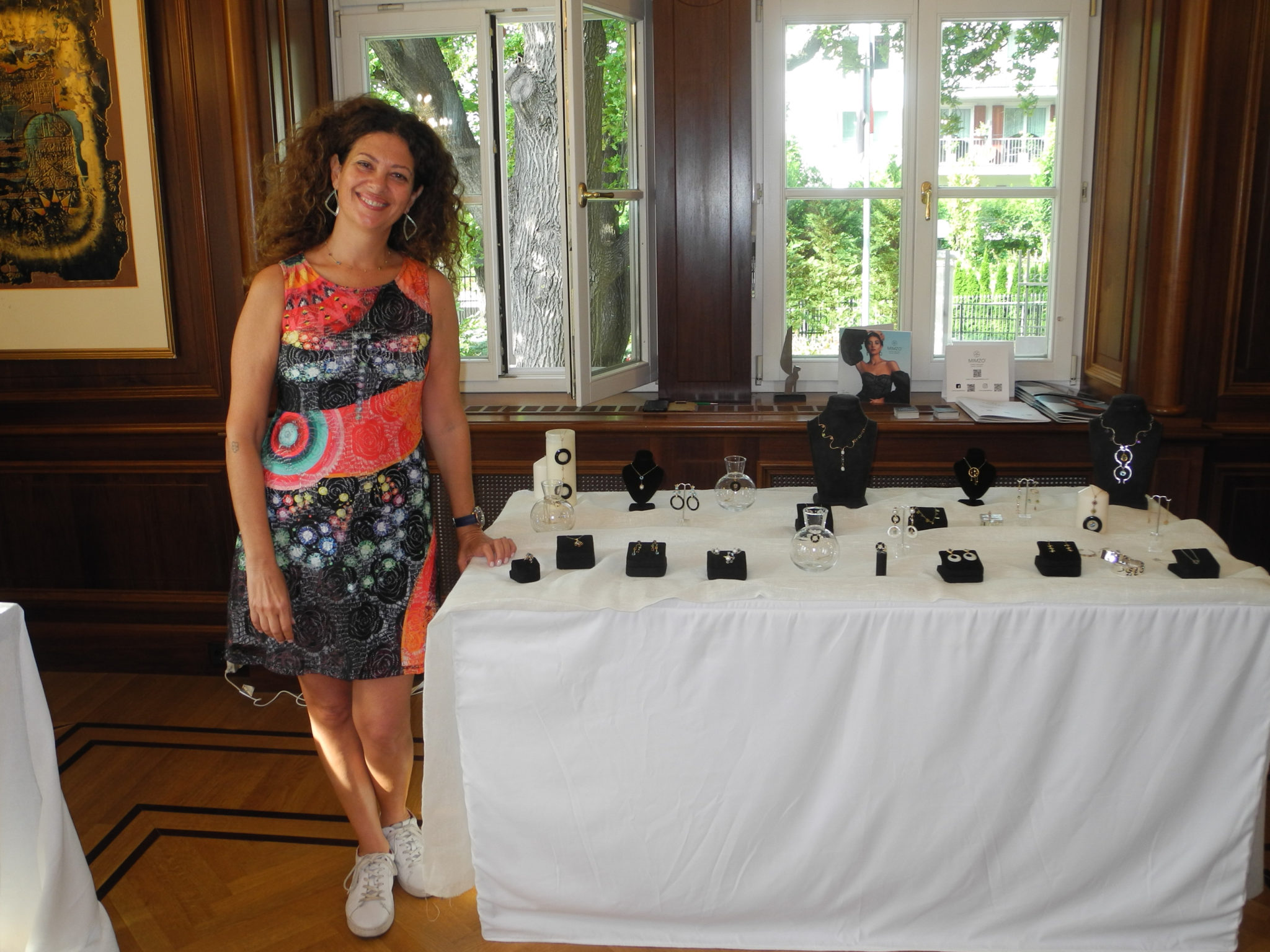 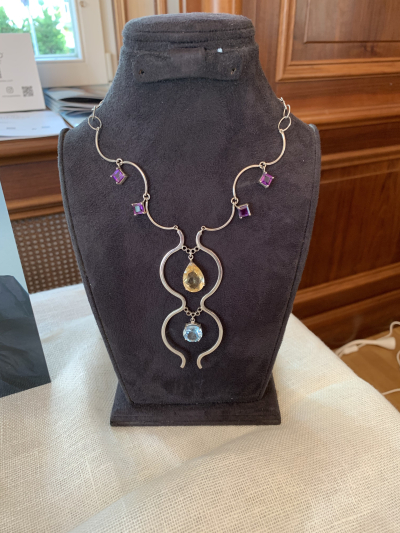 “As a little girl I used to redesign my own jewelry, making them more personal,” says Mimzo designer Shahinaz Abdel Rassoul. “My architect father noticed and encouraged my love of design from a young age. He instilled in me a sense of proportions and an understanding of the relationships between geometry and positive energy.”

Founded in 2014, Mimzo offers jewelry that is handcrafted in Egypt using diamonds, 18k gold, sterling silver and colorful gemstones. “I believe that jewelry affects your energy field and your mood,” explains Rassoul. “So I make sure to create pieces that would hold positive energy and an inspiring message.”

Mimzo won the honorary award in the Cairo Design Awards in 2018, presented by the acclaimed jewelry designer Azza Fahmy.

(In 2013, Susan Sabet invited me to Cairo to discover Egyptian fashion at her event held at the Four Seasons. A highlight of my trip was my visit to Azza Fahmy’s vast workshops just outside of the city. You can read my report here.) 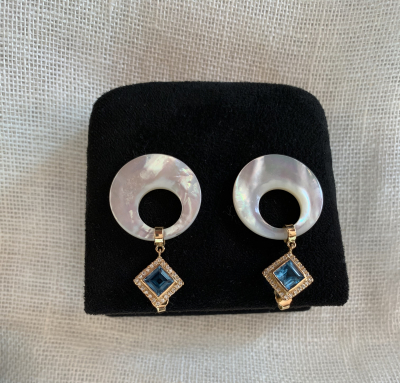 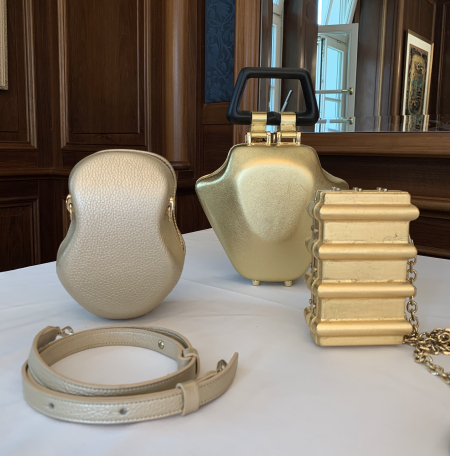 I had the pleasure of meeting designers Ahmed Sabry and Daki Marouf during my 2013 trip to Cairo. At the time, the duo was designing jewelry influenced by ancient Egyptian motifs. Since then, their brand has grown by leaps and bounds, and their bags and accessories have drawn enthusiasm from Vogue Italia Deputy Director Sara Sozzani Maino and Suzy Menkes.

Now based in East London (UK/EU Covid travel restrictions prevented them from being present in Vienna), the designers share an upbringing in Egypt, “characterized by a unique mix of past, present, and future – of alternate, sometimes competing, versions of history which have left their mark on a bustling modern city in the shadow of the Great Pyramid.” The work with a worldwide network of artisans to create modern-day, wearable, “luxury artifacts.” 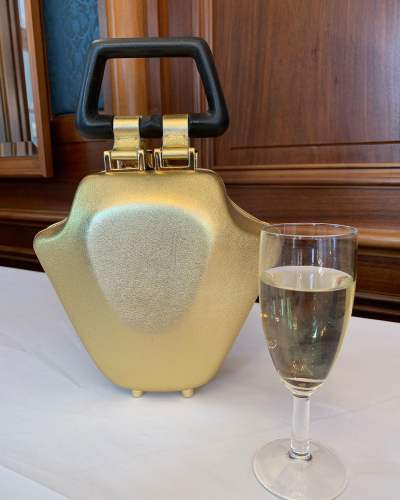 One can never have enough hats, gloves, shoes, Egyptian bags and Champagne. 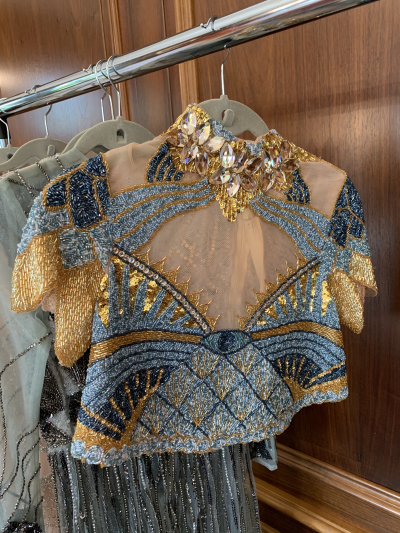 Susan Sabet, founder of Pashion magazine and curator of this presentation, in the garden of the Egyptian Embassy. (Her look reminded me of Marlo Thomas in That Girl.) 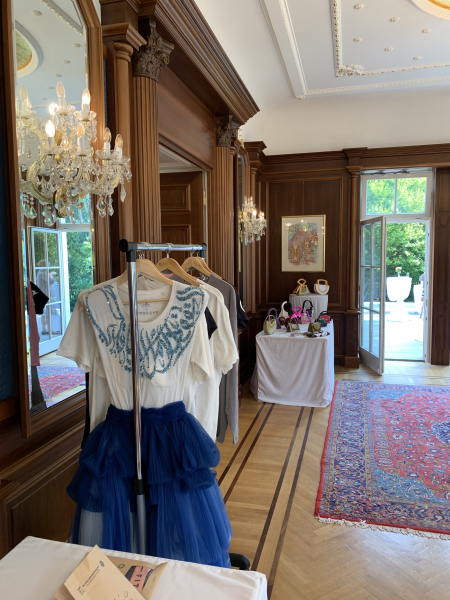