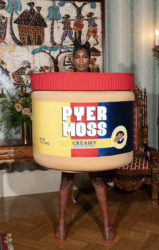 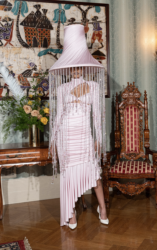 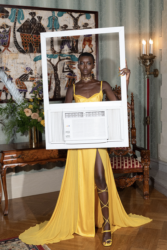 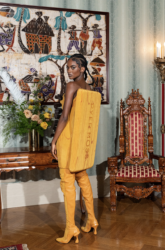 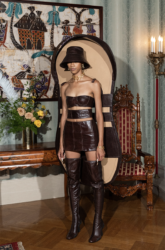 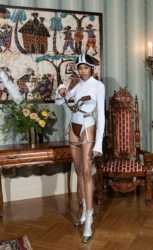 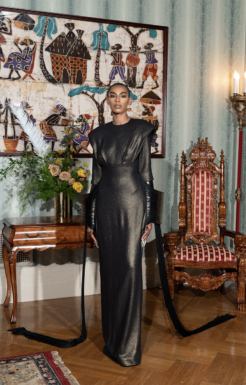 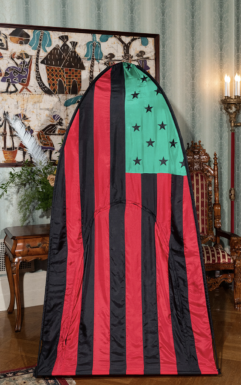 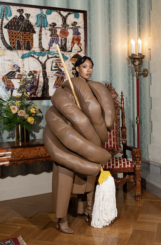 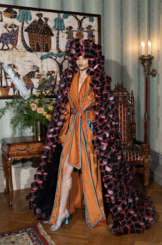 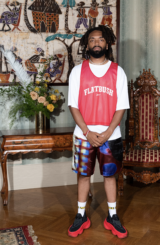 A black man has made it to Haute Couture, why it took so long, who knows but Kerby Jean-Raymond became the first black designer to show as a guest of the Chambre Syndicale at Paris couture week. The show took place at Villa Lewaro, the estate of the first self-made female millionaire Madame C.J. Walker. Jean-Raymond referenced a list housed in the Library of Congress where he discovered and educated us on the black inventors like Garrett Morgan who invented the automatic traffic signal, Frederick Jones who invented the portable air conditioner, Granville T. Woods invented a hybrid of the telegraph and telephone in 1887, allowing messages to be sent and received quicker, ice cream maker and confectioner Augustus Jackson was referred to as the “father” of the ice cream treat. Kerby’s idea was to reverse the erasure of Black people in American History. Instead of taking his Blackness and presenting it to white people in Paris he chose to present his work to Black People on Villa Lewaro designed by Vertner Woodson Tandy, the first African American architect registered in the state of New York.

The collection blurred the lines between fashion and art with an opening speech by Elaine Brown, former leader of the Black Panthers. She gave a history lesson of the Black struggle for justice and urged the crowd to get back on the freedom train. She was followed by men in immaculate white suits that shed their jackets and shirts as they accompanied rapper 22Gz performing several numbers while the models walked the circular runway.

The design team went to Joshua Tree and did ayahauasca together and came back with their concept. Now that is something I’m quite sure has never been done for a Haute Couture collection. One of my favourite looks was the hair curler outfit that took months of people sitting around curling real weaves onto hair rollers. Kerby wanted the collection to be new, imperfect and fun, for example the Pyer Moss peanut butter jar. He gave you himself raw and unfiltered, all power to the people like Elaine Brown started her speech.

There are many gate keepers but Kerby is a gate opener, he will inspire those that come after him that can reference him, look up to him and feel proud.