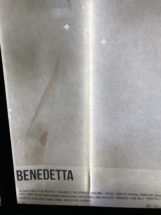 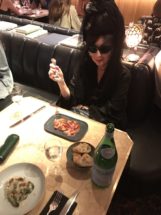 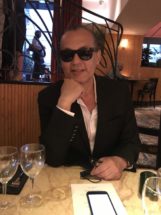 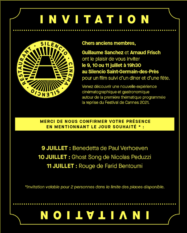 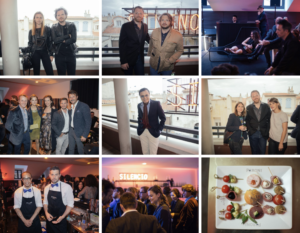 For the first time SILENCIO did not go to CANNES but instead SILENCIO brought CANNES to Paris. ASVOFF has a history with SILENCIO and in 2018 had an ASVOFF event at SILENCIO CANNES. This year, neither ASVOFF nor SILENCIO went to CANNES  thanks to Guillaume Sanchez x SILENCIO Cannes came to Paris in a series of 10 films from the official selection at CANNES that were screened as an evening starting out with cinema + followed by a dinner in the connecting restaurant at Place Saint-Germain-des-Pres. I was invited to the first event and selected to see the film Benedetta by Paul Verhoeven. This is not going to be a review of the film but rather of my evening and what I found delightful was to watch a film in an independent cinema that has such a strong history and then just climb the stairs and enjoy a delicious meal.

The idea of cinema + dinner will continue through September 19th. There are four themes in the series of cinema + restaurant.  http://www.silencio-popup.com/

July 9 – July 19th – a selection of 10 films from the current edition  of CANNES and you can reserve upstairs for a dinner, it is a perfect combination film + restaurant.

August 25 – September 5 – a selection of black and white films

You can choose from 4 plans: