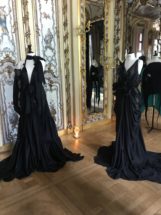 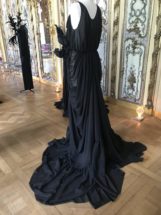 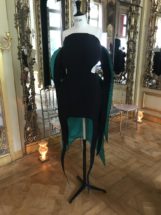 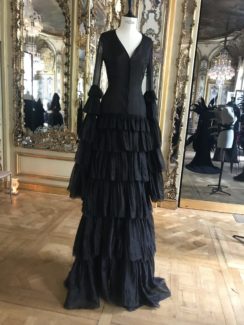 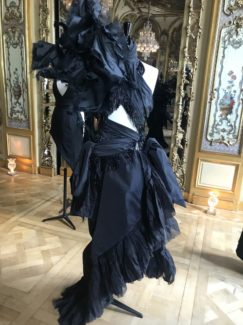 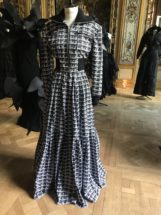 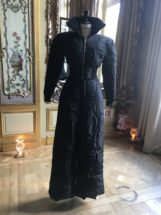 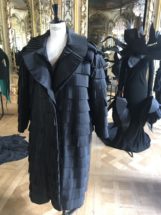 It’s been a meteoric rise for the fashion lover, who graduated from the Ecole de la Chambre Syndicale de la Haute Couture in 2019 followed by Masters degree at IFM. His family was quite sensitive to fashion and the arts and his great aunt, no other than Louise de Vilmorin member of the Café Society and an arbiter of elegance surely left her mark. As a child he loved watching Galliano’s shows for Dior with his fetish model Karlie Kloss. When he was late finding an internship to finish his course at IFM, with the help of his father, he imagined his first line of jackets and coats and put them on instagram and someone that remains a mystery bought the entire collection.

Last season all of Paris was a buzz with the colourful collection of the 24 year old French designer Charles de Vilmorin. De Vilmorin grew up in a castle not far from the center of Paris surrounded by flowers. When I entered his presentation at the Maison Baccarat, I was expecting to see colourful creations aka Niki de Saint Phalle. However that is the opposite of what I discovered,  de Vilmorin wanted to show the fashion world that he had more than one idea in his head. The all black collection showcased his approach to creating silhouettes as well as more commercial pieces like the logo dress and the puffer coat. What is interesting is the fact that  just a month after de Vilmorin showed his first couture collection the position as creative director to the house of Rochas was proposed to him. His first collection for Rochas will be S/S 2022.