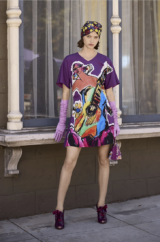 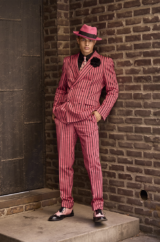 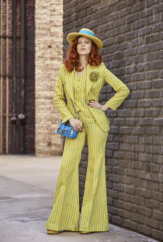 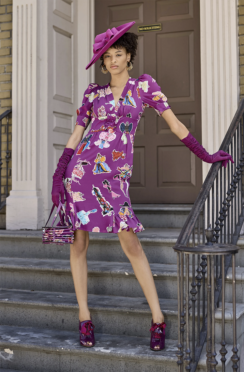 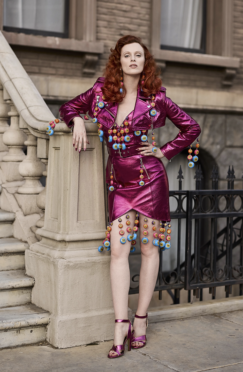 He was awarded in both You Wear it Well and then again in the first edition of ASVOFF. Last season he directed a film in a museum and this season a musical…fantastic. Karen Elson is  a pure joy and a modern day version of Rita Hayworth’s Gilda. https://www.youtube.com/watch?v=_LVHShcf-UU\

The film was shot on the Universal Studios lot, stars Elson as a waitress, who dreams herself away from the hustle and bustle of her diner shift, with patrons, cooks, and fellow waitresses transforming into her backup dancers. She sings a cover of Chic’s “Everybody Dance” before she hits the street to an interpretation of “Funkytown,” and finally makes it to a theater where a pinball-themed performance crescendos into a music video for “Lightning Strikes.” “And then it was all a dream, like any good Hollywood movie!” Scott said. https://lesfacons.com/2021/07/05/moschino-resort-2022-collection-film/