Louis-Gabriel Nouchi was one of the few designers who showed his new collection on a physical runway during the Menswear Spring 2022 Paris Fashion Week. The French fashion designer’s creative process begins with a novel every season and takes inspiration from the story or the author and uses that  as the departure point for the season’s work. In the end, you could say that the collection is baptised  eponymously by the book. For Spring Summer 2022, the novel can’t be quoted, so the name given to the collection is “Unauthorized1”. Nevertheless, the designer talked about how the story behind his creative process is surrounded by a sense of sexual intimacy, a humid Indochina, and the  idea of forbidden love, which he translates into marbled motifs and a clear direction of intimate wear that dominates the range of the collection which was shown over a mirrored podium at Palais du Tokyo in Paris.

The most valuable items in “Unauthorized1” are the  trousers, especially the ones developed in patchwork denim, and those featuring a rather large pleat down the front, creating a neat, sophisticated, fashionable fit. Accessories  complete the collection, mini wallet bags, swinging in a few of the looks are a must-watch for the future of the brand.

Marc Goehring styled the show enforcing the brand’s  self-image of chic-sensuality, adding an aura of lightness and “good vibes only”, that makes you really want to be that boy (or girl). 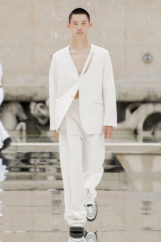 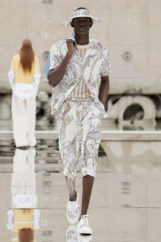 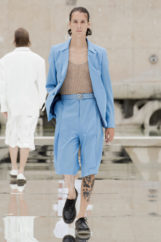 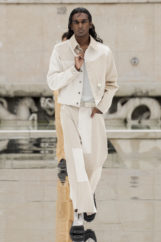 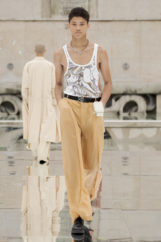 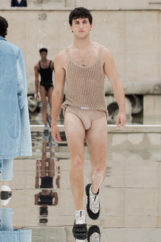 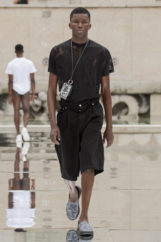 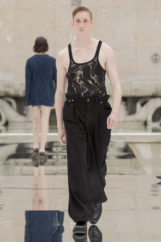 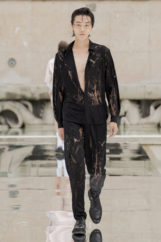 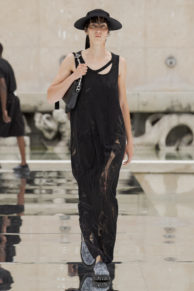 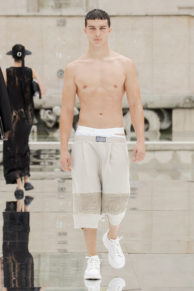