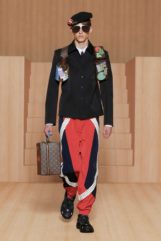 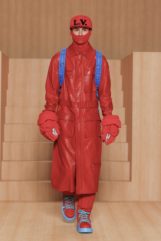 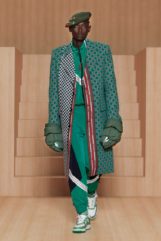 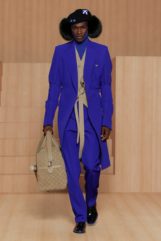 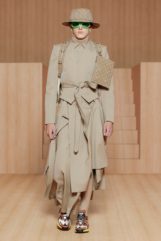 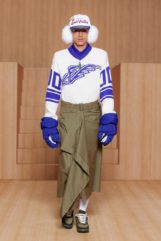 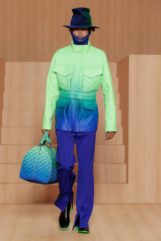 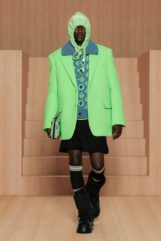 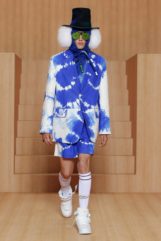 For his latest collection at Louis Vuitton, Virgil Abloh envisions a future that breaks down gender codes of dressing, calling for a human approach in fashion.

A pioneer in bringing streetwear to the luxury scene, the designer gave us many layers to unfold at his latest SS22 digital show, titled “Amen Break”, taking inspiration from the Japanese Kung-Fu film “Lone Wolf and Cub”.

Abloh has been working on perfecting his formula of meshing different cultures at Louis Vuitton since his arrival and his latest collection was no exception. A feast for the eyes, this season had cultural references scattered around the designer’s palette, pushing boundaries of formal wear by finding inspiration in the Japanese kendo uniforms, kilts, tracksuits and club-kids.

“I always work in polar opposites and I’m always dialoguing with the formality of Louis Vuitton and the contemporariness of youth culture today — almost like a generation discovering luxury again, and I’m the conduit… So these polar opposites are the suit and the tracksuit. I was thinking about that: the day job and the night job, the raver and the businessman. I’m not choosing between one or the other. My signature is both.” the designer expressed at an interview with WWD.

A moment in the short film had a group of suited models standing against colourfully dressed club-kids, like polar opposites facing each other in a chess game… a perfect illustration of the designer’s approach to cross generations, to find the middle ground which respects the heritage and innovates beyond. 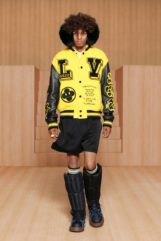 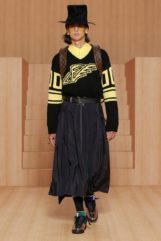 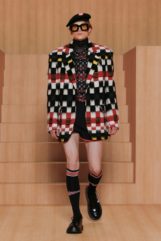 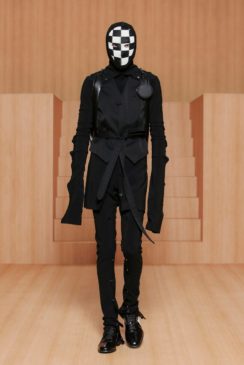 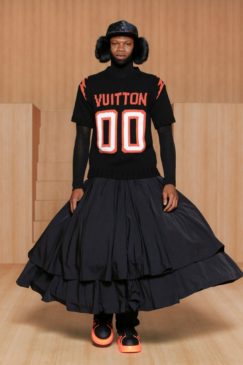 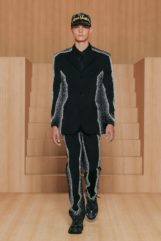 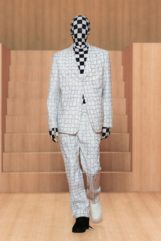 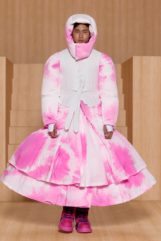